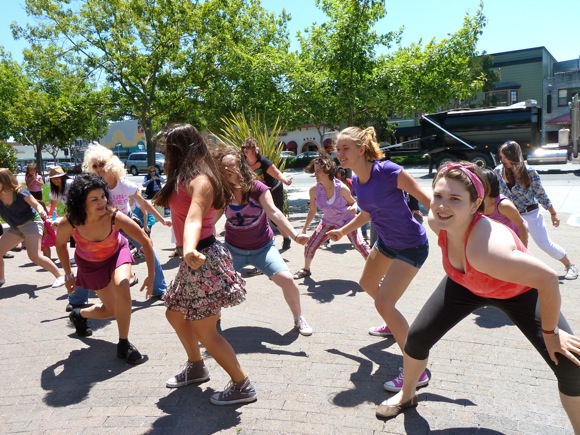 The first hint was music filling the air unexpectedly. Then there was the rush from tables to the plaza, where a dancing flash mob took the stage around 1:30 this afternoon at Cafe Borrone. The mob, consisting of about two dozen dancers of both genders and various ages, was organized by Lisa Navarro and Mandy Bell of Groovitude Dance.