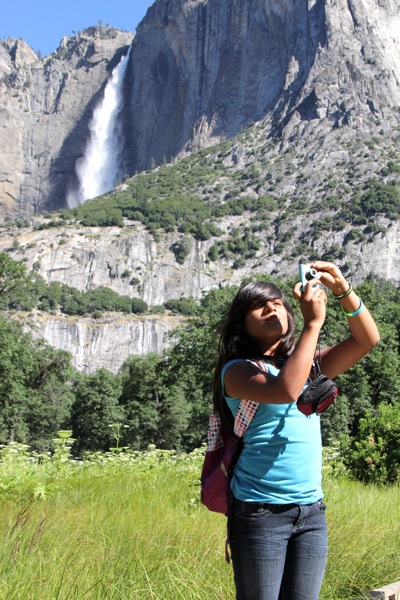 Twelve middle-school youth from the Boys & Girls Clubs of Peninsula, including those from Menlo Park, explored Yosemite National Park last week with cameras in hand, participating in Parks in Focus. The program is sponsored by the Udall Foundation, an independent federal agency located in Tucson that connects under-served youth to nature through the art of photography.  Each participant was given a digital camera to use and keep.

California Program Coordinator Sara Falkoff, who  joined the Parks in Focus staff in March, said, “Most of these kids hadn’t ever been to a national park or slept in a tent. I couldn’t be happier with how it turned out.”

Participants learned about everything from the world-famous rock formations to the history of the national park system, including the role of photography in shaping that system. They were introduced to the people who live and work in Yosemite. They set up camp and cooked healthy outdoor meals; all the while, they learned how to use photography to explore the world around them, interpret what they were seeing, and create the story they’d take back home through the images they captured. 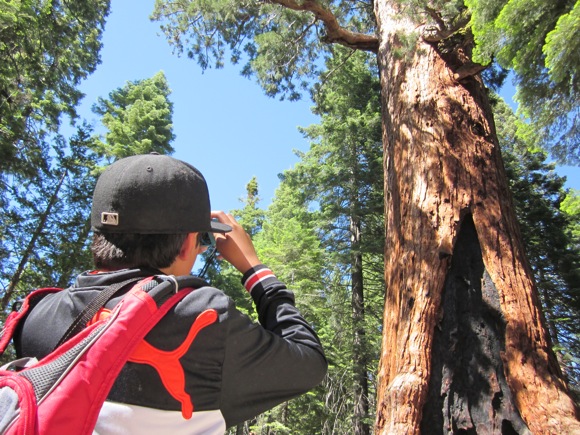 The best pictures often happen along the trail, so hiking was another key component, including the steep and wet Mist Trail to the top of Vernal Falls. “This hike was really a challenge for the group,” said Sara. “Along the way, we worked hard to pump everybody up. For most of the kids, making it to the top was the biggest highlight of the trip.”

The Parks in Focus trip served as the kick off for a Community Development Initiative in the Bay Area. This program will increase the impact on under-served youth attending the Boys & Girls Clubs of the Peninsula by “bringing the outdoors in” to local clubhouses. Next on tap is providing extended opportunities for these young people to get outside in their own communities. The California immersion trip was conducted in partnership with Yosemite National Park and its Branch of Education. 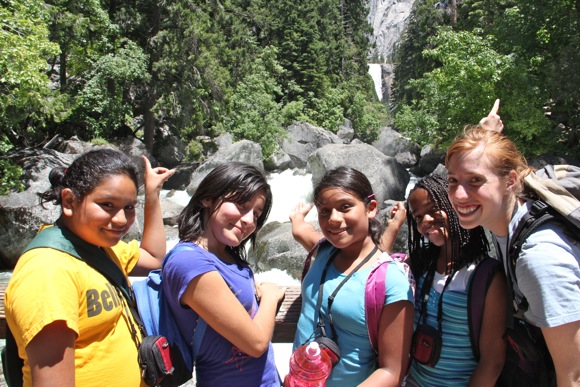 Caption information about Parks in Focus participants from Menlo Park: Top right – Kelly Ramirez points her camera at Half Dome with Yosemite Falls in the background; Middle – Martin Larios photographs one of the big trees in the Mariposa Grove; Bottom left to right – Rebeca Solares, Leslie Torres, Kelly Ramirez, LaMarrisha Clemons, and program coordinator Sara Falkoff pause on the bridge before making the final ascent to Vernal Falls.