Biggest crowd of the summer turns out for Sun Kings 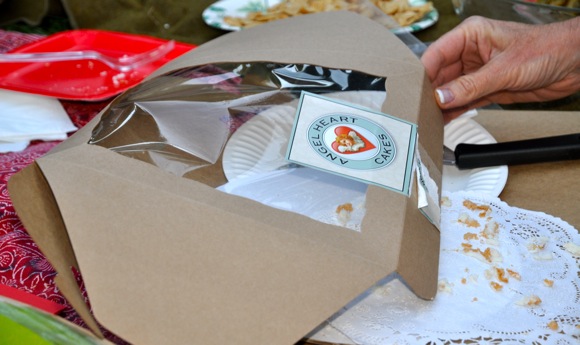 Whether it was the music or just coincidence, the biggest crowd of the summer 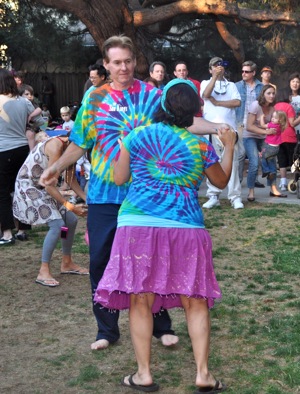 turned out to listen to Beatles tribute band, The Sun Kings, at the last concert of the season at Fremont Park. It seemed at least a third of the assembled crowd was old enough to know most of the lyrics, so there was much singing and swaying. One couple in tie dye appeared to be official band groupies. Do they go from performance to performance like Deadheads? They were too busy dancing to get the answer.

So what’s with the empty cake box pictured? Consensus of a group of 20 regulars proclaimed it the dessert of the summer. Tonight’s Angel Heart Cake flavor was Lemon. Some folks were even spotted trying to scrape up the crumbs. If you’ve missed it, Angel Heart owners and Menlo residents Debbie Umphreys and Chris Rivera now have a retail store in Marsh Manor.