Photographer Scott R. Kline reflects on Burning Man – and shares some of his photos 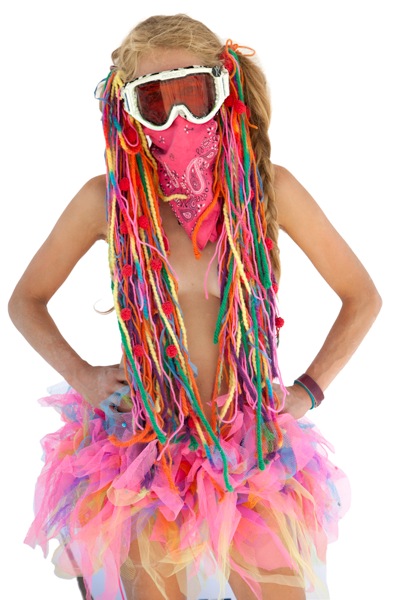 A lot of friends and acquaintances get that sideways head tilt, like the RCA dog, when the subject of Burning Man comes up. “Isn’t it just drugs and naked people?” “No money, so you have to trade for everything, right?” “It’s very dusty isn’t it?”

Yes. No. Yes. But those questions miss the point. Burning Man is a social experiment that reveals many of the best traits inherent in people: generosity, creativity, open-mindedness, tolerance, cooperation and a huge capacity for experimental fun.

For the second year in a row, I attended and photographed participants at Burning Man. The photos accompanying this article are mine. I use a white backdrop and a silver canopy tent and photograph people right off the Playa (the dry lake bed where the festival is held) with their costumes, dust and sunburns as they appear at that moment.

My idea for the portraits was for them to be my gift. Dispelling the myth that 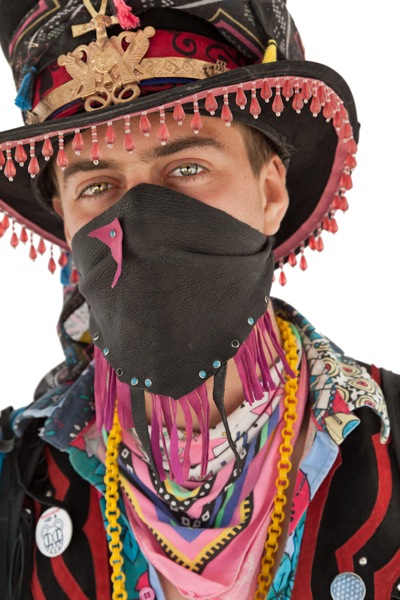 everything is barter, Burning Man is actually based on a gift economy: people giving out what they have to those who might need or want it. I give people a portrait that I email after the Burn. Others cook elaborate food. I received filet mignon, margaritas, gourmet hot dogs, ice cream, and all manner of beverages. One camp had a wood-fired pizza oven and passed out fantastic pizza to anyone walking by.  Massages, showers, rides, advice are some of the less tangible offerings.

The only allowed use for money at Burning Man is to buy ice or coffee. The coffee is served at center camp and I have heard that the money is given to Gerlach, the small town nearest the festival site.

One of the great features of Burning Man is the art. Countless artists work year round to create sculptures and art-cars that are scattered throughout the playa. You can hop on your bike and tour the desert day and night and never see everything.

This year’s most impressive sculpture was a Trojan horse, probably 70 feet high. 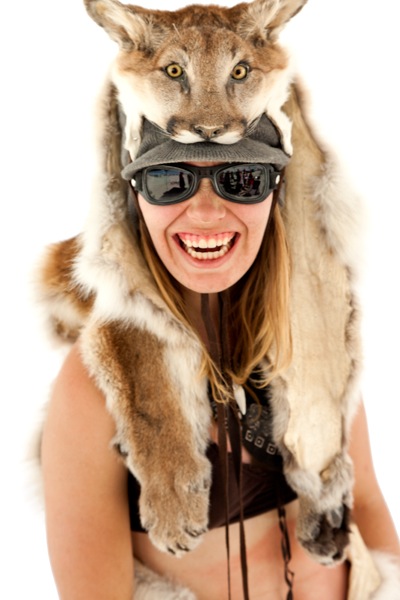 There was a bar inside the belly of the horse, dispensing absinthe if you told a tale of a rite-of-passage to the bartender. Then after climbing to the head, you could look out over the playa as the lights and sounds swirled about. It was magical and surreal. The horse was set ablaze on Friday night in a burn almost more spectacular that the Man itself.

The dust becomes a bonding experience. Everything and everyone is covered with the fine alkaline dust. Wind storms are frequent, so everyone has goggles and face masks at the ready at all times. Nothing stops for the dust, however; people just pull on their protection and keep going.

Nudity is rampant. It is very hot, so it comes naturally. But after a while 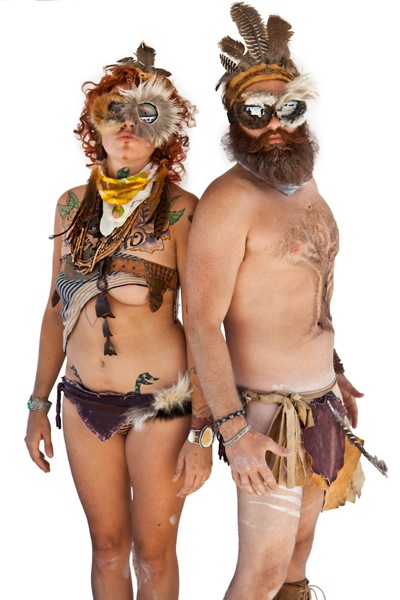 it becomes part of the landscape. The Burners are generally very well-behaved. I see very little leering or rudeness. The costumes are actually much more interesting than the nudity.

As for drugs, there are many. But the festival is well-policed and you see almost no public consumption of anything but alcohol. Crowds are generally well-behaved in their exuberance.

Many of the old-guard who have attended the festival for years seem to dislike the fact that the festival has evolved. With 54,000 people attending, the intimacy is gone. Raves pound out their beats pretty much 24-7. There are elaborate camps that sometimes exclude the general populace. RV’s of every size and shape become homes to many of the “campers” instead of tents.  To me, the beauty of the event is its inclusiveness. You meet all types, demographics and ages.

I have gone on to be friends with many of the folks I have met. And Burning Man has transformed my view of what is possible for people to achieve when given the opportunity. For weeks after I return, when I turn on the AC of my Honda Element, I get that slight smell of the playa dust, and I am transported to a better place.

Photographer Scott R. Kline is a frequent contributor to InMenlo.