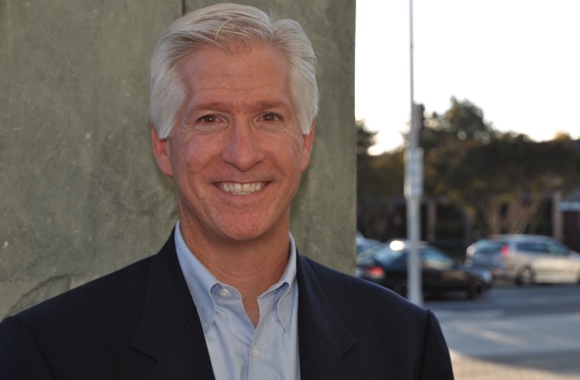 That Mike Scandalios has written a book about pirates has everything to do with being a good storyteller to his three daughters — and very little to do with his 20-plus year career in finance. His historical novel Privateer

is also the result of his lifelong interest in the American Revolutionary War.

The Menlo-Atherton High School and UCLA grad — he played baseball for both schools — began the story of Matthew Carrigan while on a vacation in Maui in 2005. “My three daughters, who were 10 and under then, were really amped up and couldn’t get to sleep,” he recalls. “So I started making up a bedtime story inspired in part by the ocean and palm trees. It featured a pirate, who happened to be a good, not a bad, guy.” 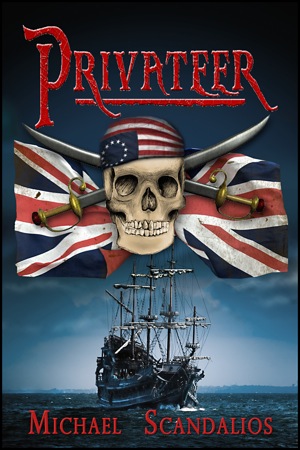 Encouraged by eldest daughter Jenna that he had the makings of a “neat book,” Michael came back and wrote the tale down on his laptop. “I thought if it was decent enough, I could make copies for the family at Kinkos,” he says. “Writing was really fun. And given the upheaval in the financial markets in the ensuing years, it really became my sanctuary.”

When he’d completed the first draft, the book was 700 pages and what he describes as “quite raw.” His wife Kathy read it and encouraged Michael to add a female character. “That my wife liked it, well, she’s my wife,” he says. “But I also knew a San Francisco-based author, Tracy Grant, who writes historical fiction. She liked it, too, and became my editor.”

After the editing, Michael did what he calls “a blind testing,” gathering a group of people from 13 to 80 to read the novel last year to favorable “reviews.” He tried to find an agent but like many authors, both new and established, he went the self-publishing route.

“My Dad had turned 80 last August and neither of my parents knew about the book,” he says. “I really wanted to give it to them — they are the ones who introduced me to the Revolutionary War and John Adams.

“I’m fantastically happy that I wrote it and am already at work on the sequel. Some guys play golf. I write novels. Whether ten or hundreds of people like it, I’m thrilled because I love the storytelling.”

is available as a paperbook or e-book on Amazon.