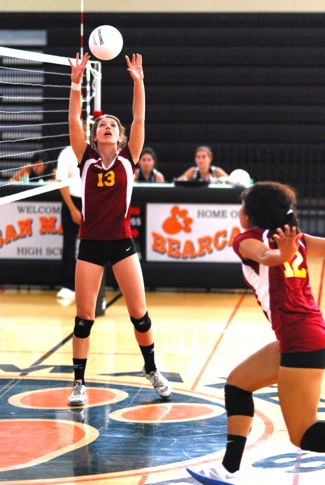 Menlo-Atherton High School junior Ali Spindt lead the Bears’ volleyball team to a 14-0 record in Peninsula Athletic League Bay play, earning accolades at the most valuable player in the League and the San Mateo County Player of the Year.

Ali, an outside hitter and part-time setter, ended the season with 281 assists, 241 kills, and 176 digs. She plays for Paye’s Performance in the high school offseason and hopes to attend UC Santa Barbara after her senior year.

“I like the competition in volleyball,” Ali told the Bay Area News Group. “The teams I’ve been on have always been one big family.”