The Nativity in miniature is theme of crèche collection 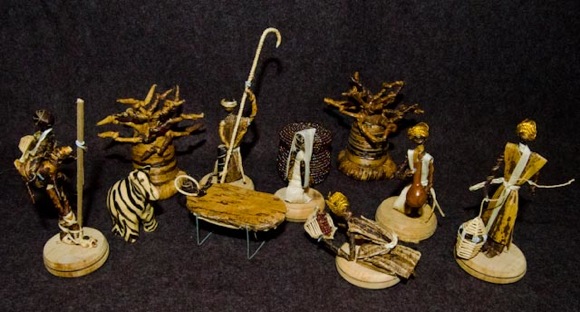 Kay Melchor’s collection of miniature crèches started inauspiciously. “I had a cheap plastic one when I was a child,” she recalls. “Then I bought one when I went to the Santa Fe Indian Market when I was in my 20s and got another as a wedding present. So all of a sudden I had two. That prompted me to find the old plastic one, which I did — in the green box it came in!”

The long time Menlo Park resident describes herself as “not religious”, so a collection that’s grown to almost 60 is not fueled by faith. “The criteria is that they all have to be miniature,” she says. “I’ve always been intrigued with things that are little — that people have the patience to make things so small.When I travel, I look for things that are unique and different.” 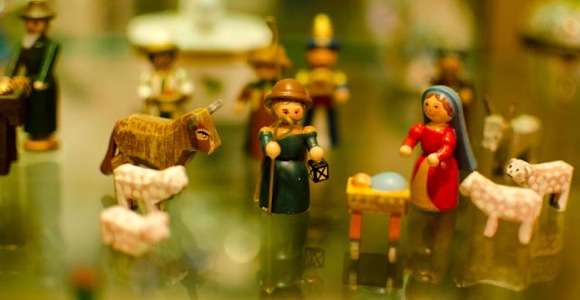 The crèches are made from very every material imaginable, from banana leaves to sterling silver, including beads, metal, fimo clay, wood, ceramic, glass, and cloth. She says says one that is very special was made by her niece and nephew when they were children as a Christmas present for her: “They insisted on making a pig and a duck even though my sister told them there are no such animals in a Nativity scene.”

About the two crèches pictured, Kay says she picked out the one in the top photo during a trip to Africa, and her brother bought her the wooden crèche during travels in Germany.