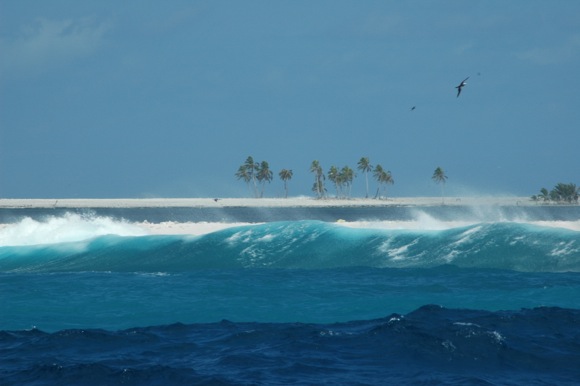 On January 10, Café Scientifique will feature the research of Nicole Crane and Giacomo Bernadi, which has taken them to some of the last pristine coral reef systems on the planet.

Their talk will include both an underwater photographic journey of their recent expeditions to two very remote and unique locations — Clipperton Atoll (pictured) and the Mozambique Channel — and a look at data and trends on specific ecological indicators in these systems compared with others.

They also expect to discuss a range of key ecological questions such as:
– What are the roles of specific fishes (such as large predators) and what happens when they decline?
– What makes a reef ‘pristine’?
– Can reefs ‘recover’?
– How is our thinking about coral reef health and management evolving in this time of unprecedented environmental change? 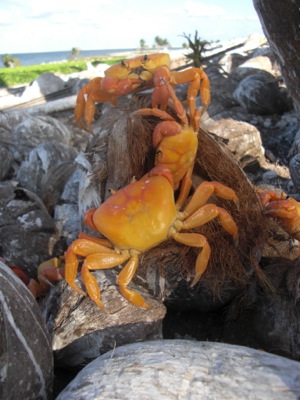 Nicole Crane is the Director of Subtidal Programs for the Oceanic Society (San Francisco) and a faculty member in the Biology Department at Cabrillo College in Aptos. She did her graduate degrees in Marine Science (Moss Landing Marine Labs) and Science Education Research (UC Santa Cruz).  Her research on coral reef ecology includes monitoring reef health indicators and fish population dynamics in both tropical and temperate seas including the Caribbean, the Indian Ocean, and the Pacific.

Giacomo Bernardi is a Professor at the University of California Santa Cruz in Evolutionary Biology.  His Post Doc was at Stanford University’s Hopkins Marine Station at Pacific Grove. His research focus is on the molecular ecology and evolution of coral reef fishes. He does his research in California, the Sea of Cortez, French Polynesia, the Caribbean, the Philippines, Indonesia, South Africa and the Mozambique Channel. His research areas include speciation, population genetics, and ecology of coral reef fishes.

Café Scientifique, which is held at SRI in Menlo Park, is open to all free of charge. The program is from 6:00 to 7:30 pm; doors open at 5:15 pm. Coffee, tea and biscotti are provided by SRI; bring your own mug if you wish to avoid using disposable cups. Courtesy of Kepler’s, there will be a drawing for a $30 gift card for books or merchandise at Kepler’s on El Camino Real in Menlo Park.