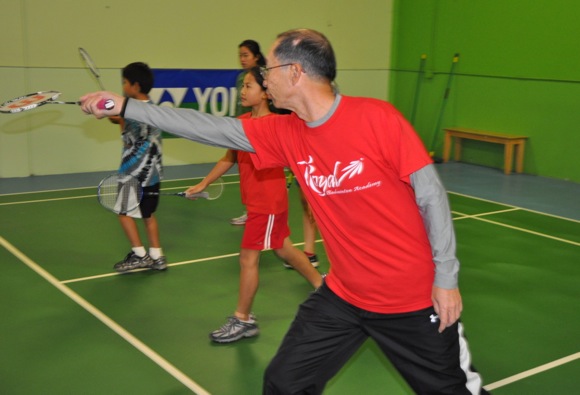 We’re guessing that it’s a surprise to most Menlo residents that in their midst is a training center for young athletes on the way to becoming elite, international players. That center, Royal Badminton Academy, is holding an open house today (1/7), so we stopped by to learn more.

Owned since July 2010 by the husband and wife team of Hadi Lazuardi and Viktoria Kolesnikova, the Academy offers “fun and fundamental” classes — such as the one we watched being coached by Ramon Young, who also coaches at Menlo-Atherton High School — as well as junior elite training, which starts a new season on January 10. 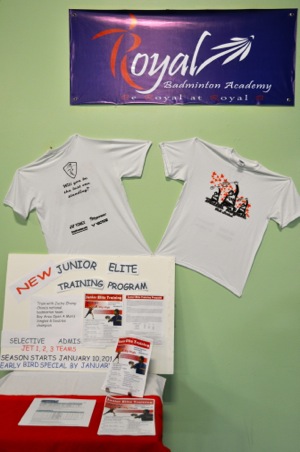 “We want to increase awareness about badminton in the U.S. as well as participation in the sport,” said Viktoria. “For us, that means that a player at any level can come here to learn and increase their skills.”

The junior elite training will be taught by Jacky Zhang from the China’s national team, among other coaches. “There’s a lot of badminton talent in the Bay Area,” said Viktoria.

Hadi started playing badminton in his native Indonesia when he was five. “I played competitively until I was 15 and went off to school in Singapore and then didn’t play again for 10 years,” he said. “Running the Academy is a return to the sport for me.”

Today’s open house will feature a “coach speed dating” between 3:00 and 6:00 pm, where interested young athletes can get pointers and tips from a particular coach in 20 to 30 minutes intervals. “It’s a good way for to sample all the coaches and pick up some new skills,” said Viktoria.

Royal Badminton Academy is located at 190 Constitution in Menlo Park.