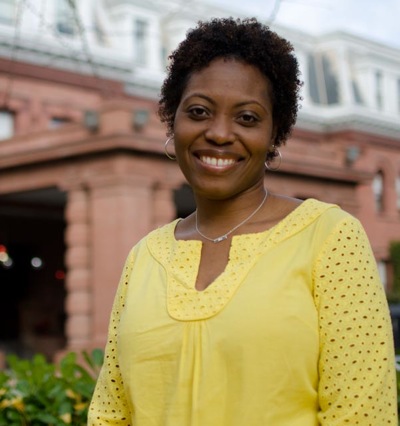 Staying in one place is new for Shanterra McBride, the Assistant Principal of Student Life at Sacred Heart Schools since August 2011. As founder and director of PLOT – Preparing Leaders of Today – and national spokesperson for Unicel’s StandUp! program, she traveled nationally speaking at schools, corporations, universities and faith-based organizations on topics related to young people, in particular in how to deal with person and cyber bullying.

“To be able to speak one-on-one with students every day and see their development is priceless,” she said about the experience of having a job that keeps her in one location. “My expertise has quadrupled in the past four months!”

We’d come to talk to Shanterra about bullying, what it is and how parents can be digilent. She listed some signs for parents to be on the watch for: “If your kid is suddenly withdrawn, if he or she doesn’t want to hang out with friends. If your kid asks you to lie for them. If they don’t want to take part in what they usually take part in. For example, if a teenager removes himself or herself from Facebook, we want to know why.”

Shanterra explained that there is more than one type of bullying and that it differs by gender. “The way in which a girl bully is successful is to remove the social power of another girl,” she said. “That translates into a girl bully forcing another girl to sit alone at lunch, to exclude her from weekend activities.”

“For boys, because of technology, it’s now more than just physical bullying. They can also show aggression when playing video and Facebook games, using profanity and issuing threats. With boys, you can’t show you’re afraid.” 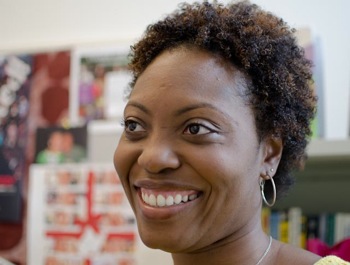 Shanterra talked about the shift in our society after the Columbine incident that coincided with increased use of technology. “Technology makes it easier to bully and makes it last longer,” she said. “In previous generations, if you were bullied at school, you got a breather when you went home and on weekends. Now bullying is something that happens 24/7.”

For parents, Shanterra believes there’s no such thing as overreacting if you suspect your teenager is being bullied, pointing out that there is a big difference between overreacting and hovering, e.g. helicopter parenting.

“And give them time to answer. That opens the door. Just because you are the parent, you think you know your child. But around age 10 or 11, most stop volunteering information.

“Adults who love young people remind them that they deserve to be treated with dignity.”