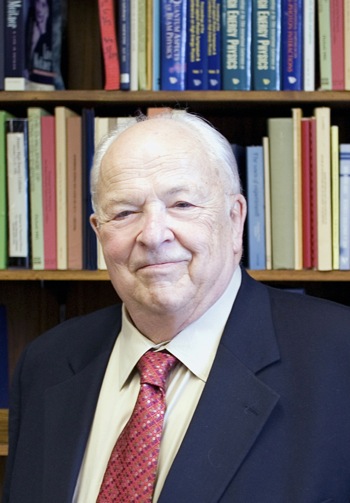 President Obama has named SLAC director emeritus and Nobel laureate Burton Richter as one of two winners of the Enrico Fermi Award, one of the government’s oldest and most prestigious awards for scientific achievement. The other winner is Mildred Dresselhaus, a professor of physics and engineering at MIT.

“The scientists being recognized today with the prestigious Enrico Fermi Award have provided scientific leadership throughout their careers that has strengthened America’s energy and economic security,” Secretary of Energy Steven Chu said in a statement on Wednesday. “I congratulate them for their achievements as pioneers in innovative research and thank them for their service.”

The Presidential award carries an honorarium of $50,000, shared equally, and a gold medal. The award is administered on behalf of the White House by the U.S. Department of Energy.

According to today’s announcement from the DOE, Richter was honored for the breadth of his influence in the multiple disciplines of accelerator physics and particle physics, his profound scientific discoveries, his visionary leadership as director of SLAC (1984-1999), his leadership of science, and his notable contributions in energy and public policy.

“I am absolutely thrilled that Burt has received the Fermi award,” said SLAC Director Persis Drell. “Burt’s impact on science and society is extraordinarily wide-ranging, including the development and exploitation of accelerator technologies that have resulted in several Nobel prize winning discoveries, his own Nobel prize-winning discovery in experimental particle physics, his visionary leadership as director of SLAC, and his important contributions in science and energy policy nationally and internationally.

“He has inspired generations of scientists with his creativity and his vision in multiple disciplines. It is particularly fitting that Burt is receiving this award now, as we celebrate our 50th anniversary, given how much of SLAC’s historic success is due to his efforts.”