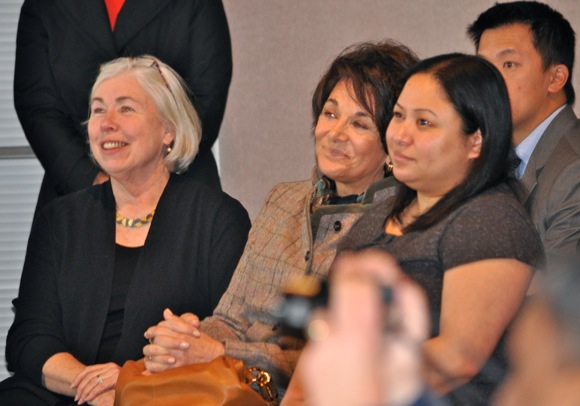 There was a convergence of sorts in Menlo Park shortly before noon today. Local small business owners were introduced to Facebook, bound for an IPO this year estimated to be valued at $100 billion. The event was at the Quadras Conference Center, which is surrounded by some of the nation’s most notable venture capital firms, although not Accel Partners whose $12.5 million investment in 2005 helped get Facebook out of college dorms and into homes.

The free Facebook marketing seminar and lunch attracted several hundred participants, packing the conference center’s main room. The social marketing company partnered with the U.S. Chamber of Commerce and the National Federation of Independent Business to talk to small business owners about the benefits of using Facebook to build and grow their businesses. 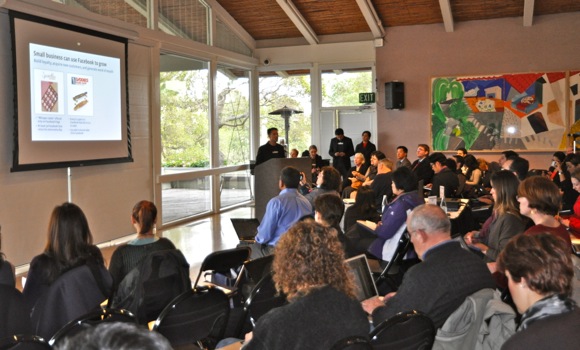 In opening remarks, Fran Dehn, CEO/President of the Menlo Park Chamber of Commerce (pictured top, left), thanked Facebook for selecting Menlo Park as their headquarters. “Menlo Park is posed to become the social networking capital of the world,” she said. 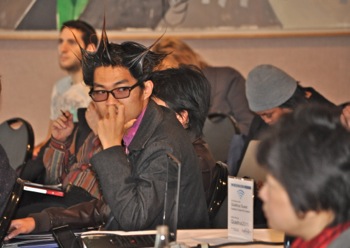 D.C., to participate, characterized Facebook as a “low cost and innovative” way for small business owners to reach new customers, particularly during challenging economic conditions. “Go get ’em!” she extolled the audience.

Today’s event is part of the broader “Small Business Boost” partnership between Facebook, the U.S. Chamber, and NFIB, which will host similar events around the country and give small businesses Facebook advertising credits to help them get started with their Facebook marketing efforts. Tucked inside today’s attendee’s packets was a $50 coupon to try Facebook advertising.