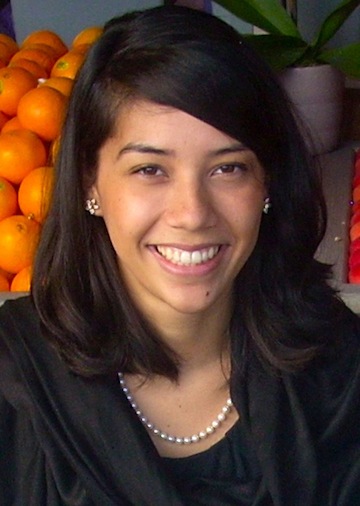 Sarah is the executive director of DreamCatchers, a nonprofit she founded as a Stanford undergraduate in 2008 that aims to build an effective after school model for improving the health and education outcomes of low-income middle school students. DreamCatcher’s Academic Program provides students with tutoring, mentorship and study skills coaching, while its Health Behaviors Program provides healthy snacks, nutrition education and family cooking classes.

In 2010, Sarah earned a bachelor’s degree with honors in human biology from Stanford University, with a self-designed concentration in addressing inequities in health and education through social interventions.After graduating, she conducted public health research in Oaxaca, Mexico, during the 2010-2011 academic year under a Fulbright Grant.

“In the indigenous community of San Andrés Zautla, I met a traveling dance troupe of elderly women,” Mummah wrote in her Gates Scholar application. “Although they had initially formed the group to reclaim their indigenous heritage, in time, they had come to value the strength and physical vitality that dancing and exercise gave their bodies. These women unknowingly embodied a new approach at the forefront of the field that I had studied at Stanford: a ‘stealth’ intervention, grounded in behavior-change theories that engage people in healthy behaviors using motivations apart from health.

“Instead of focusing on outcome motivators such as weight loss, which can easily become discouraging, this group focused on process motivators – such as pride in reclaiming their culture and the joy of social interaction – to create sustainable and meaningful changes in health behaviors.”

In her Gates Scholar application, Mummah said she intends to “champion a new approach to obesity prevention exemplified by these women, by building a series of highly effective health-behavior change interventions designed to usher in a paradigm shift in the way we tackle our obesity crisis, both domestically and abroad.”

The Gates Cambridge Scholarship program, established in 2000, was funded by a $210 million donation by the Bill & Melinda Gates Foundation. More than 1,000 Gates Scholars from nearly 100 countries have received scholarships since 2001.