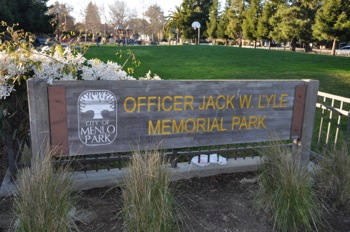 The ping ponging issue of where the City of Menlo Park in partnership with the Sharon Heights Golf Course should build an irrigation well has landed back at Jack Lyle Memorial Park over zoning concerns.

Nealon Park was the first site considered for the well. After an initial outreach meeting, the City agreed to look at alternatives, which included Jack Lyle Memorial Park. City staff meanwhile recommended Nealon Park, due to the “overall size and the ability to have the well better blend in with the park surroundings,” according to a city statement.

One issue raised at the outreach meetings related to the current zoning of the two parks, both of which are located along Middle Avenue. Nealon Park is currently zoned “open space and conservation district” and Jack Lyle Memorial Park is zoned “public facilities.” Based on community and city commission feedback about building a well in an “open space and conservation district,” the city announced Wednesday (2/22) that it is planning to investigate Jack Lyle Memorial Park further and that a third public outreach meeting will be held in late March or early April.

In addition to providing irrigation for the Sharon Heights Golf Course, the well would provide water to irrigate three Menlo Park parks — Nealon, Jack Lyle Memorial and Sharon — as well as La Entrada School. Jack Lyle Memorial Park is named after the only Menlo Park police officer to die in in the line of duty.