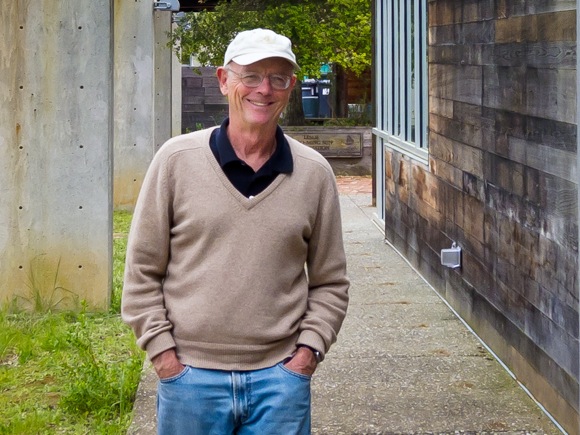 Atherton resident Bill Gomez was honored by the Coalition for the Public Understanding of Science (COPUS) with the Paul Shin Award, which is presented annually to individuals for their dedication to communicating science to the public. Bill is a docent at Fitzgerald Marine Preserve and Stanford University’s Jasper Ridge Biological Preserve.

Bill was an executive with Syntex for many years and was fortunate to retire early at which point he turned his multiple talents to teaching and volunteering with various ecology and environmental science groups in the greater San Francisco Bay Area. As a volunteer, his activities include speaking to a wide range of visitors about the ecology and biodiversity of the preserves, assisting with research projects, tide pooling with third graders, scuba diving with marine biology students, and sharing science with students at a nearby alternative high school.

Cindy Wilber, Education Coordinator at Jasper Ridge Biological Preserve, nominated Bill saying, “Bill’s extraordinary work teaching science to the public in both formal and informal ways has contributed much to the public understanding of science and inspired thousands of learners.”

Stuart Koretz, a fellow docent at the preserve wrote, “His respect and love for the natural world, detailed knowledge of natural history, enthusiastic teaching style, modesty and openness make him one of the great unsung heroes. He works tirelessly, without compensation, out of a strong need to reach out and teach natural science.”

Upon learning he’d been honored, Bill said: “I am deeply honored and overwhelmed.”