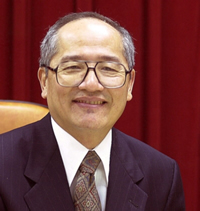 Astrophysicist Frank H. Shu who will lead a discussion focused on nuclear energy at Café Scientifique on March 13 beginning at 6:00 pm. The presentation, which is free and open to the public, takes place at the SRI Conference Center (333 Ravenswood Ave.) in Menlo Park.

Shu will survey current energy sources and argue that our effective strategies to mitigate the worst effects of climate change include: (a) carbon capture and sequestration of the emissions from fossil fuels, (b) high-throughput production of biofuels, (c) rapid build-out of nuclear power.  He will discuss how molten salt technologies allow us to combine (a) and (b) while exploiting the massive infrastructure and distribution networks established for the fossil fuels industries, and to contribute to (c) if a policy consensus can be reached concerning the reprocessing of spent nuclear fuel and the closing of the fuel cycle.

He will also discuss the science and technology of three nuclear fuel cycles and discuss why many scientists and engineers have become convinced that molten-salt breeder reactors (MSBRs) offer the best combination of safety, cost, and sustainability (including responsible waste management) with little added risk of weapons proliferation.

Shu is a Professor Emeritus and UC Berkeley and former faculty at UC San Diego, SUNY Stony Brook.  He holds the title of University Professor, a UC system-wide honor reserved for scholars of international distinction who are recognized as teachers of exceptional ability.  Shu was awarded the Shaw Prize in 2009 in recognition of his life-time contributions in theoretical astronomy, the Bruce Medal in 2009, and Dannie Heineman Prize for Astrophysics, among others. He received his BS in physics from MIT and his PhD in astronomy from Harvard.