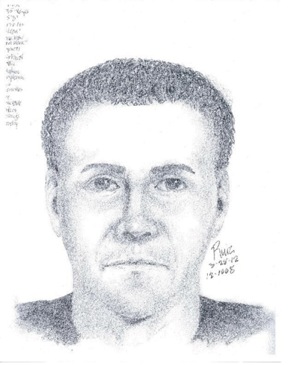 After an in-depth interview with the victim of a stabbing that took place Monday night (3/26), the Menlo Park Police Department released further details and a sketch of one of the suspects.

In a statement, the victim reported that about 9:45 pm on March 26, two Hispanic males confronted him with knives as he exited a building located at 1100 Alma Street and tried to rob him. As a result of the altercation, the victim sustained injuries.

The suspects are described as two Hispanic males, approximately 5’8″ tall wit short cropped hair and thin build. The investigation is continuing and the MPPD is asking anyone who has information regarding this case and/or who witnessed the incident, to call the the investigating detectives at (650) 330-6300 or the Anonymous Tip Hotline at (650) 330-6395.