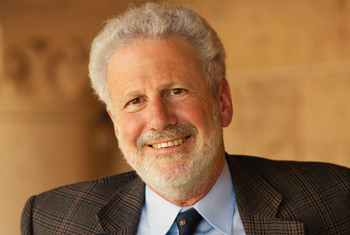 Author and former New York Times journalist Philip Taubman will deliver the April 2 SLAC Colloquium, “Nuclear Threats, Nuclear Abolition.” His latest book, The Partnership: Five Cold Warriors and Their Quest to Ban the Bomb (Harper Collins), was published in January. The talk will begin at 4:15 p.m. in Panofsky Auditorium, with refreshments served beforehand at 3:45 p.m.

Taubman will specifically discuss the state of nuclear threats posed by Pakistan, North Korea and Iran, and the possibility of a “nuclear 9/11.” He will also describe ongoing work to abolish nuclear weapons, a joint effort by George Shultz, Henry Kissinger, Bill Perry, Sam Nunn and Sid Drell. “Mr. Obama,” he wrote in a recent opinion piece for the Times, “has embraced their aims and welcomed them to the Oval Office.”

Speaking with the voice of experience from his coverage of national security, intelligence and defense issues, Taubman notes, “Missiles on high alert are an invitation to an accident, or impulsive action.” His concern is as much about the United States’ current arsenal as with weapons and material retained in other countries.
As a consulting professor at Stanford’s Center for International Security and Cooperation (CISAC), and Stanford associate vice president for university affairs, Taubman works on special projects for Stanford president John Hennessy.

SLAC colloquia are intended for a general audience and are free and open to the public. The entrance to SLAC is on Sand Hill Road.