Gil Draper talks about the practice of photography 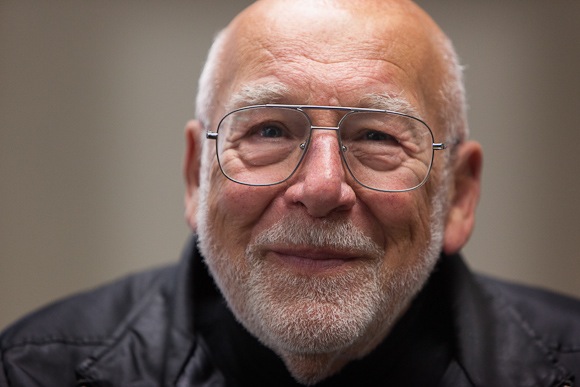 Photography was not Gil Draper’s first love. That distinction belonged to music. “I played the saxophone but didn’t have the talent to be a great musician, so I opened a music store,” he said, while showing his guests an exhibit of his photographs currently on display at Little House in Menlo Park.

That store was Draper’s Music in Palo Alto, a 39 year old local gathering place for musicians. Gil claims to have sold Jerry Garcia his first Les Paul guitar. In 2005, he closed the store and began taking photos full time.

“I’d been doing photography all along,” he said. “I’d bring framed prints and hang them on the wall at the music store. On some days, I sold more photos than musical instruments.”

The link between photography and music was underscored when Gil enrolled in a Ansel Adams Workshop at Yosemite in 1975. According to Gil, Adams taught photography in musical terms, calling the negative the composition and the print the performance.

“The experience of being with Adams and the other photographers changed my life,” he said. “Adams was the finest example of a human being. He stressed the more you assist other people with their photography, the better your own photographs will be.” 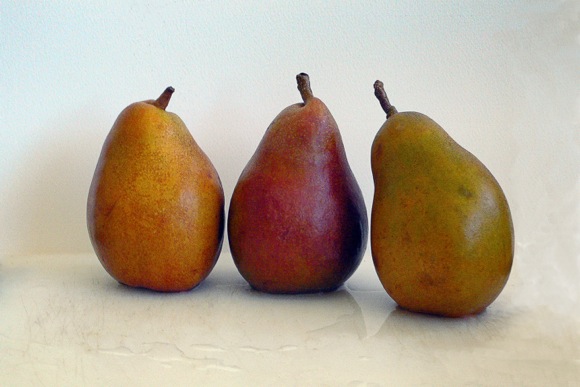 Gil maintains he doesn’t “do photography” but rather “practices photography” just like a musician practices an instrument. Every week, he visits local areas from Marin to Point Lobos, capturing the tides, waves, and other sights. He also does still lifes, such as the photo of pears shown above. He’s been working exclusively in digital photography since 1999 and sometimes combines several exposures using a process called HDR (High Dynamic Range Imaging).

Ansel Adams’ advice from almost 40 years ago is being put into practice in the coming weeks when Gil will be offering a digital photo workshop at Little House, which is currently filled. “The workshop is two hours over six weeks,” he said. “I’m going to give the participants something to practice. I’ll be there to assist them. It will be just like a music lesson.”

Photo of pears by Gil Draper, used with permission of the photographer