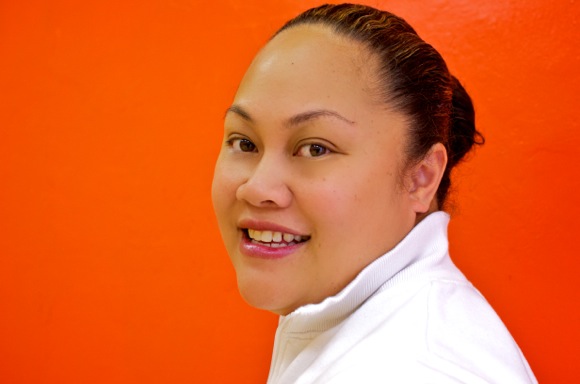 Trophies line the Menlo Park Captivating Dance studio at Menalto Corners where Nona Ybarra gives private and group dance lessons.  “They come in handy,” she said, with a smile. “When kids do something really well, I give them a trophy to take home. It makes them feel good.”

Nona has danced — ballet, tap, jazz, hip hop — since she was a child growing up in Redwood City taking lessons from Rose Ann Saylor. For the last nine years, she’s been the coach of the Menlo-Atherton Dance Team, which will be performing its annual show this Saturday, April 21 at 6:00 pm. The show also serves as the team’s fundraiser. Tickets, available at the door, are $12 for adults and $7 for students

“The money we raise goes for uniforms and also scholarships for those who need assistance,” Nona explained. 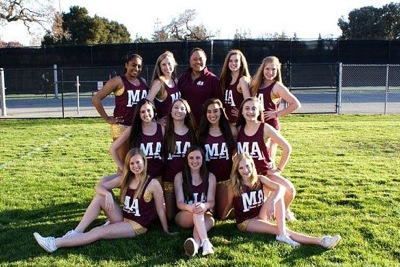 The M-A dance team works together all school year, beginning with a week of community service in August at the local family shelter, Haven House. “I call it Hip Hop Haven,” said Nona. “We play games with the kids and do arts and crafts. It really helps the girls on the team bond.”

Participation on the Dance Team is by try out. This year’s 11-member team has six freshman. “Last year, five girls graduated, which was a little scary,” said Nona, “but it’s all worked out. Our three seniors this year — Elise Cabral, Kimmie Glass and Destiny Carson — will be performing one dance together and we’re going to have their parents walk them across the stage.”

As school comes to a close, Nona’s classes at her dance studio will ramp up with summer camps for kids age four to 17 during the month of June. “When I opened the studio in January 2011, I had 33 students and that’s doubled to over 60,” said Nona. “Some of these students will also appear at the M-A dance team show during the breaks. It’s really been great having my own space as well as the coaching at M-A. I really love to teach!”

Photo of Nona by Irene Searles