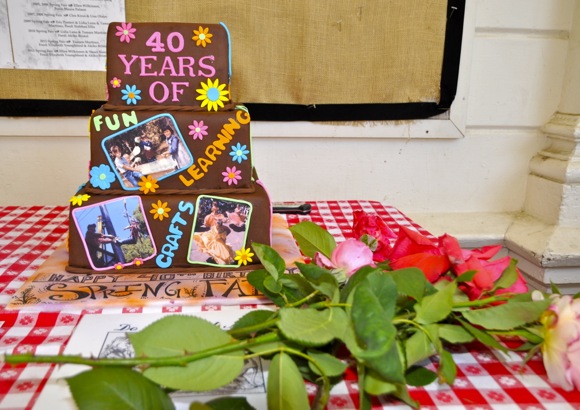 Menlo Park’s most creative event — in a good, old-fashioned way — is Peninsula School’s Spring Fair, being held today until 5:00 pm (920 Peninsula Way in the Menlo Oaks neighborhood). Where else can you make a wax hand or take a ride on a robot chariot? 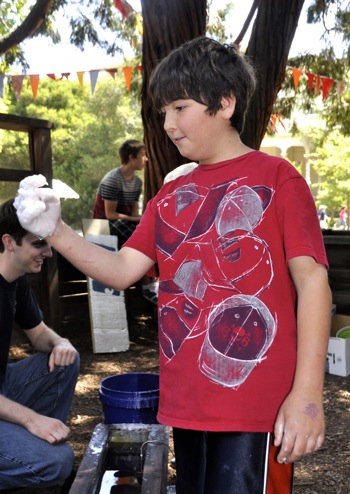 According to this year’s fair coordinator, Ellen Wilkinson, the fair’s roots are in the Learning Faire that began in 1972 when Bob Albrecht, an alum who started the People’s Computer Company in Menlo Park, set up a bank of computers on campus. “Imagine, computers in 1972,” she said. “It was way ahead of its time.”

A long-time Fair favorite is hand waxing, conceived by alum John Allen who is a candle maker. “It took some thinking through,” said Ellen. “He had to make sure the wax wasn’t too hot — burning kids wasn’t an option — while making it possible to get a good mold.” 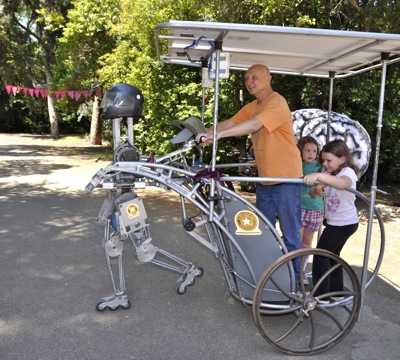 While some school fairs have pony rides, Peninsula offers rides on Bob Schneevis’ solar-powered rollerblading robot chariot, which was showcased at last year’s Maker Fair Bay Area. Wrote Amar Toor who attended the Maker Fair: “Schneevis’ single-motor, bot-drawn carriage features a set of battery-juicing solar panels and an array of cameras that control its chauffeur’s mechanized movements. The bot, meanwhile, glides around on a pair of rollerblades and is designed to move its legs in the same way humans do.”

Other fair activities include Toy Mixups — making new toys out of broken toys — wood sculpting, hair feather threading, face painting and wall climbing. There’s non-stop music and an international array of food choices, including the fair’s traditional strawberry shortcake. Ellen said that they’re hoping that many of the fair coordinators from the last 40 years will gather at 4:00 pm for the official cake cutting. 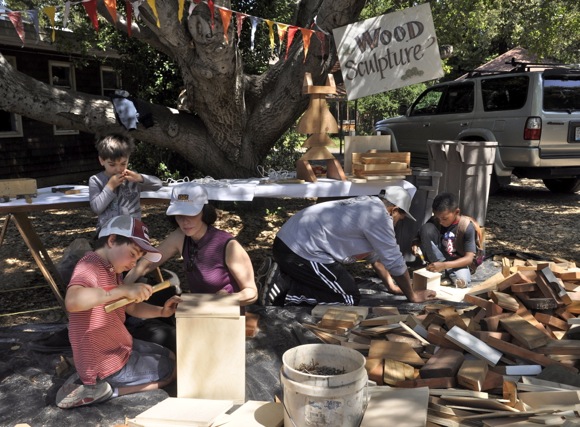