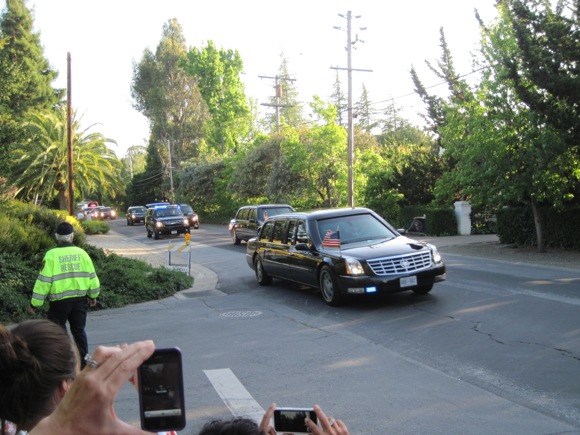 For nine-year-old Abby Heaton of Menlo Park, it was one memorable bike ride. “We rode our bikes over to Atherton Ave. and got to see the President,” she said. “I think it was so much fun because I got to see President Obama wave to me.”

Added big sister, Emma, age 12: “It was really cool because we got to see all of the Secret Service and President Obama waved at us. I wanted to go see the motorcade because the President is awesome!”

President Obama was in Atherton last night to attend a $38,000 per person fundraiser at the home of Lisa and Doug Goldman. The President spoke for about 11 minutes, followed by question and answers, before moving on to a second fundraiser at the Fox Theatre in Redwood City.