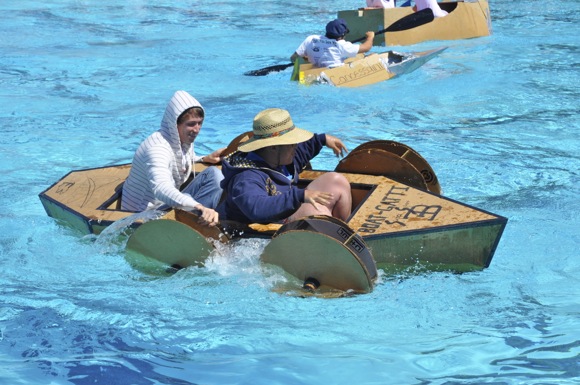 Yes, applied physics can be fun. For the eighth year, students at Sacred Heart Prep in Atherton took what they learned in the classroom and put it to use making cardboard canoes that they raced in the school’s pool yesterday afternoon.

“It’s become an event that’s bigger than itself,” said teacher Colin Quinton, who is head of the science department. “There is no way we could decide not to do this.” 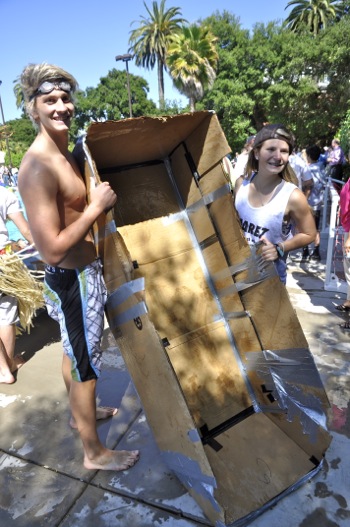 Colin conceived of the idea along with fellow teacher, Dr. Guy Letteer. “He had the idea,” said Colin, “and we worked out the details together.”

While taking classroom outside — in the truest sense — was one goal of the canoe races, another was to create a school event that would build community, something that students, teachers and alums could all enjoy.

“The kids really get creative even though that’s not a requirement,” said Colin, who also serves as race announcer. “Some teams build for speed and durability. And, it’s not just for fun — it counts as a project grade.”

The races are open to any student currently enrolled in physics, although most participants are juniors. This year, about 50 boats were built. Seven heats were held, and seven boats made it to the finals. The winner, which got off to a very late start but paddled furiously to make up for lost ground, featured Zolta and Melissa at the helm (above).

“We used four layers of cardboard on the bottom,” said Zolta after the race. “And we made the boat as wide as allowed to make it stable. And rather than oars, I used swimmer’s paddles. That’s not breaking the rules!”

The fan favorite of the day was a dramatic reenactment of the sinking of the Titanic (pictured below). This canoe didn’t really race, emerging from its lane well after the competition. It “steamed” to mid-pool, where, encountering an “iceberg,” it “sank,” to the pretend sounds of violin music of one its skippers — and much applause, we should add! 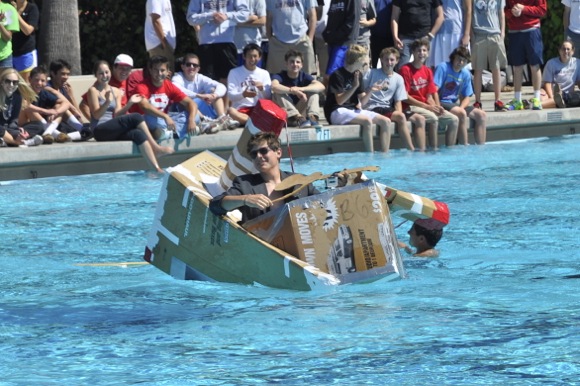 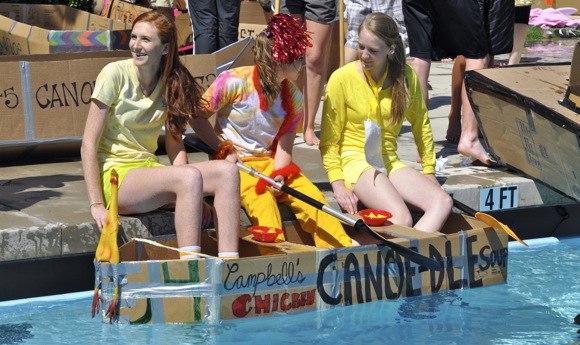