Alpine Little League brings back the crack of the bat 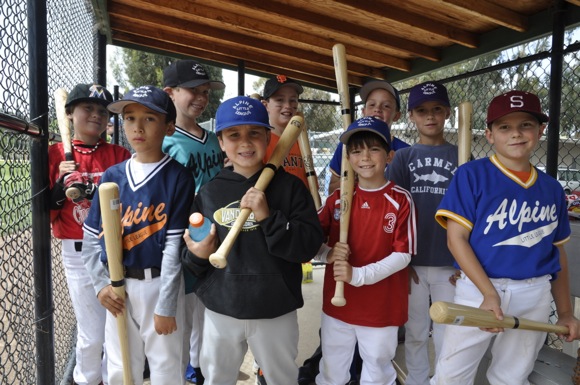 To baseball purists, the crack of a bat means just one thing — the sound of a wood bat making contact with a ball. Aluminum bats, now widely used in youth leagues and colleges around the country, produce something more akin to a tinny ping. 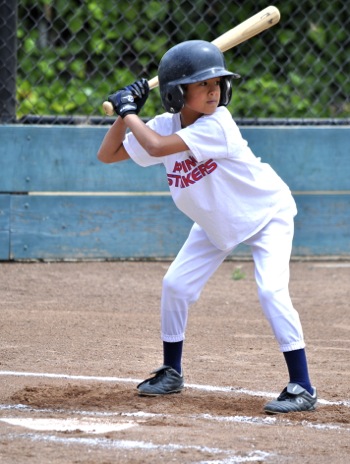 But listen carefully this weekend and you’ll hear the crack of the bat, thanks to a three-day event sponsored by the Alpine Little League for the second year in the row. The Memorial Day Weekend Baseball Jamboree gives 10 to 12 year-olds from both AAA and Majors, with a separate division for 8-9 nine year-olds, the chance to play baseball using wood bats.

“Memorial Day seemed like a good time to being the ages together,” said Menlo Park resident Tim Goode, Alpine League president. “We just want to have fun around baseball and show the vibrancy around Little League. We extended an invitation for kids who play in the Menlo Atherton Little League to also take part.”

Each participant plays one game a day. Games yesterday were played at La Entrada School in Menlo Park. Today and Monday’s games are at Ford Field in Portola Valley. Games times are 9:00 am, noon and 3:00 pm.

A highlight of the Jamboree was the wood bat home run contest held Saturday afternoon at La Entrada. “The kids quickly learn how hard it is to hit it out of the park,” said Tim.

Maybe the best part for each of the kids who are participating is that they go home with a wood bat of their own.