Bit by the broadcasting bug early, Ted Robinson announces just about every sport on the planet 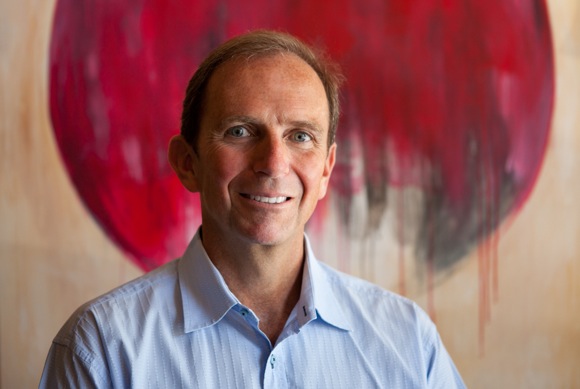 Ted Robinson knew early on he wanted to be a sports announcer. “Truth is, I really wanted to be an athlete but wasn’t good enough,” he recalls. “But I was passionate about sports, and announcing was the next best thing.

“My relatives all thought I was weird. I’d be upstairs in my room with the door closed with the Mets game on, where I’d practice calling the game.”

Ted left his boyhood home in Queens to attend the University of Notre Dame. “I went there specifically to broadcast,” he says. “Notre Dame had a student-run radio station, and unlike schools noted for their broadcasting degrees, there weren’t tons of students who wanted a shot at the mike. That gave me an incredibly high level of on-air access.

“I tell young people today that broadcasting is little different than acting — not the same skills but the same principles. You can’t learn it in a classroom. You learn it by doing and that means being on the air. Notre Dame provided me with four years of on air experience. I did everything, and could still queue up a record and play DJ if I had to today.”

While Ted is probably best known in the Bay Area as former Giants announcer (during the 90s) and current 49ers announcer, a post he took in 2009, there are few sports that he hasn’t broadcast or provided analysis for. His sports broadcasting experience is so wide and varied, we’ll refer folks who want the full list to his Wikipedia bio. It does include four years as announcer for his boyhood team, the New York Mets. “You don’t think you’re ever going to get a shot at that,” he says.”In this business, you go where the jobs are.”

As he has for the past seven Olympics, he’ll be at this year’s Games in London, providing the diving commentary and calling the Gold Medal men’s singles tennis match with John McEnroe.

It was a broadcast opportunity at Stanford during the 1980s that first brought Ted and his wife Mary, who he met at Notre Dame, to the Bay Area. “When we came back in 1993 and had young children, we chose the school first (St. Joseph’s) and then bought a house in Atherton. It’s been home ever since.”

Note: We’ll continue our conversation with Ted in a post next week where he recounts the five most exciting moments he’s broadcast in sports.