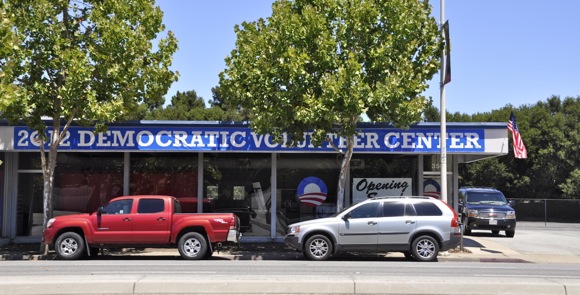 Local Democrats are launching the 2012 campaign season on August 4th with an open house at the Democratic Volunteer Center (DVC) in Menlo Park from 3:00 to 5:00 pm. Kicking off the festivities will be Jeff Kreisler, head writer for “The War Room” with Jennifer Granholm, and a regular on MSNBC and CNN Headline news.

The DVC will offer all manner of volunteer campaign activities on behalf of Democrats running for local, state and national office and in support of progressive California state initiatives.

“The Peninsula is a hotbed of passion and energy for progressive causes and candidates,” said Mike Aydelott, Campaign Manager for the DVC. “We will harness and focus that energy to forge a dynamic Democratic coalition to ensure success in November. It is a testament to the passion and energy of our community that we have already recruited a large contingent of seasoned and enthusiastic volunteers.”