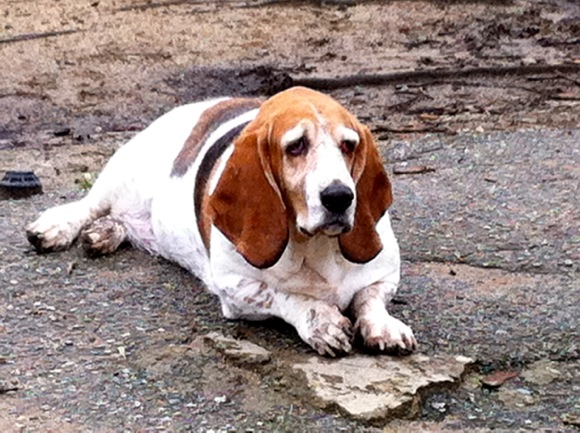 Menlo Park Recreation Program Coordinator Todd Zeo recently emailed us: “You wrote a story in May about a girl who was inspired to be a Basset Hound owner because she met two Bassets named Fred and Wilma. I am the owner of Fred and Wilma and was inspired and humbled by her comments.” 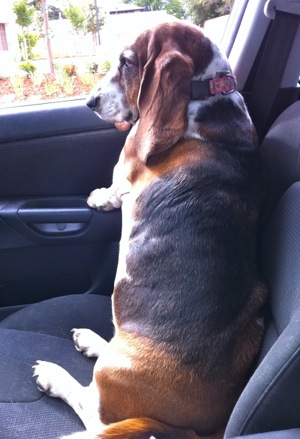 Given that encounter, we can only think of the pair as the “first Bassets of Menlo” and wanted to find out more about them. We learned that they are 11 months apart — Fred is 9 and Wilma is 8. “They’re not related,” emailed Todd. “I’ve owned Fred since he was eight weeks old. I adopted Wilma when she was about 10 months old.

Like his fellow Basset lovers, Todd is quite smitten: “They have amazing personalities — lots of people agree with me. And they are so full of love. Every night on the couch I have Bassets snuggling up with me. They are always in a great mood!”