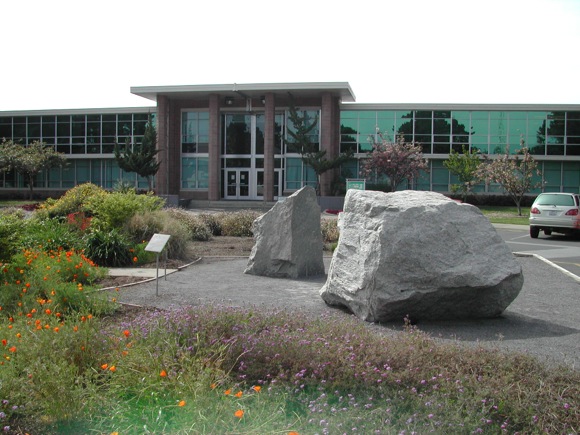 As part of a nationwide space reduction and consolidation to save almost $9 million per year for the whole agency, the United States Geological Survey intends to release almost 90,000 rentable square feet, or RSF, on the Menlo Park campus over the next five years in order to realize an annual savings of almost $3.5 million by fiscal year 2017. Federal space on the Menlo Park campus is owned by the General Services Administration.

In order for the USGS to vacate the first floor of Building 3 by September 30 as planned, the existing over-the-counter retail map sales office, and staff of the California Geological Survey who operate it, will move from the first to the second floor of Building 3 with a significantly reduced inventory of sales items.

The retail store inventory will continue to include all of CGS’s products, USGS top sellers, and maps published by other federal agencies such as the Bureau of Land Management and the U.S. Forest Service. The most popular USGS thematic maps and publications and all of the topographic maps for California will remain in stock. The full services of science information, expert advice, and educational services will remain unchanged.

A special $1.00 sale to reduce the map inventory before the move is schedule for August 25.

Most USGS products (including historic publications) are now online and can be downloaded free. Many publications can be ordered through the USGS online store or mail-ordered from the USGS Denver warehouse. Many USGS topographic maps are also available from local retail sporting goods and camping stores.

Public access to the Maps Sales office in Menlo Park will remain the same, Monday – Friday, 8:00 a. to 4:00 .m. The store will temporarily close during the move in mid-September. There will be directional signs at entrances and in the lobby to help the public locate the new space on the second floor.