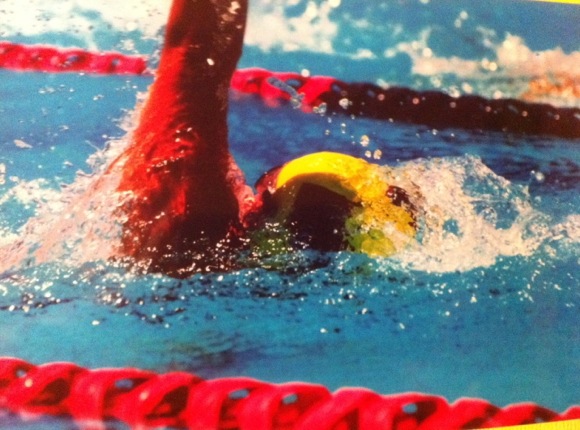 For Emma Canny, Beloit College was love at first sight

Emma Canny will be swimming next year at Beloit College in Wisconsin. Although she did not give the college much credit when she applied, Canny fell in love when she saw it. A large part of her desire to swim there stems from the fact that she really liked the swimmers she met and how well they bonded together.

The fact that she was not recruited until she got accepted into schools made the process much easier for Canny, who was originally focused on getting recruited for water polo. Yet when she met the coach at Beloit, she knew it would be a good fit. Overall, Canny isn’t too worried about the competition since “the team itself isn’t too overwhelmingly competitive, which makes me more confident to improve and be a leading member on the team.” 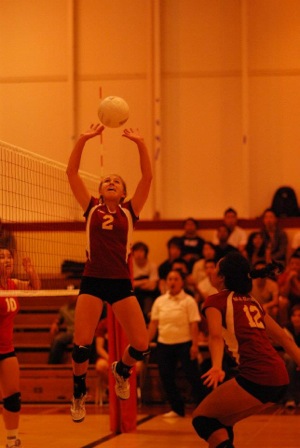 Sarah Collins is headed to The Big Apple next year to play volleyball for Columbia University. She decided that Columbia was the perfect school for her because it offered both the right level of volleyball she was looking for and is also a very academic institution. For her, the recruiting process was easy because she said she “wasn’t sure if I wanted to play or not and decided that if it worked out I would play volleyball and if it didn’t I would just apply to schools regularly.”

Basically, she was in the right place at the right time because “they had just said no to another player in my position and needed to find someone to fill their class.” Collins plans to train incredibly hard over the summer in order to enter pre-season camp in the best condition possible. Despite her love for the sport, she knows she will stop playing volleyball competitively after college. 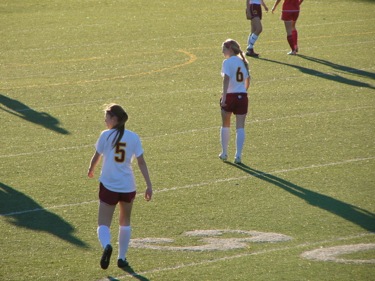 Naomi Pacalin (#5 in photo; sister Zoe, who will be a junior, is #6), a member of M-A’s girls’ varsity soccer team since freshman year, will be continuing her career at the University of Chicago. After receiving her acceptances, she chose the school because of its academic rigor and location and because “playing my sport worked out as well.”

Tearing her ACL during her junior year made the recruiting process very difficult and stressful for Pacalin because the injury sidelined her during a crucial recruiting period. This caused her to miss out on Division One recruiters seeing her play, but she is content with playing Division Three at Chicago.

Pacalin has spent the past decade playing soccer and has devoted much of her free time to it; consequently, she is not concerned about keeping up with the level of competition in college. Although she loves soccer and it has been a major part of her childhood, Pacalin doesn’t really see it as a possible career. Still, she plans to enjoy her collegiate career to the fullest.

Photos courtesy of the athletes
Category: