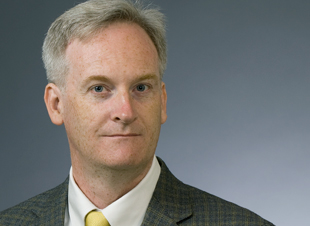 Dr. Peter Karp, Director of the Bioinformatics Research Group and Artificial Intelligence Center, is the featured speaker at Café Scientifique on Tuesday, Sept. 11, starting at 6:00 pm. His topic is “A Holy Grail of Bioinformatics: Automatic Construction of Metabolic Models from Sequenced Genomes”.

In the early days of the Human Genome Project, there was significant skepticism that the project would produce useful information. Yes, it would produce plenty of information about our DNA, but how would we extract meaning from all of that data?  Identifying the genes within a genome and predicting their biological functions were viewed as extreme challenges at the time.

We have come a long way since then. In the last 20 or so years, the wealth of resulting genetic information has transformed biological science, with bioinformatics — the intersection of biology and computing — playing a pivotal role in processing the large amounts of data produced by genome projects.  Thanks to the efforts of many researchers, we can now use computer programs to generate a quantitative metabolic model from a sequenced genome. Scientists are using these models to advance scientific understanding and to accelerate drug discovery and biofuels development.

This process is imperfect — the resulting models contain errors and omissions, and require significant manual intervention for high accuracy — but the models have significant predictive value. Surprisingly, bioinformatics has achieved what might have been held up as a “holy grail” of the field, before the goal was even articulated!

Café Scientifique events, which are held at SRI International (Middlefield Road at Ringwood Ave.), are open to all free of charge. No reservations are necessary.