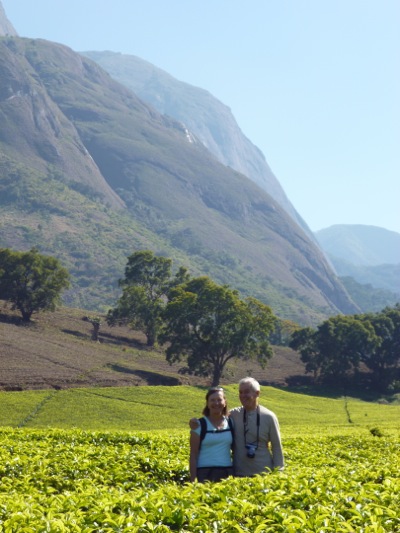 When we talked to Atherton resident Marty Arscott last fall about her first trip to Malawi in her capacity as Board Chair of U.S. Trustees of the nonprofit Global AIDS Interfaith Alliance (GAIA), she said she’d be returning in a couple of years. That turned out to be closer to months. She returned in June for a 10-day tour accompanied by GAIA’s new CEO Todd Schafer and Bill Misenhimer, Executive Director of the Elizabeth Taylor Aids Foundation, which has supported a large portion of GAIA’s mobile health clinic budget.

Between visits, there had been a significant change in the political landscape of Malawi. Following the sudden death of President Bingu Mutharika, vice president Joyce Banda assumed the presidency in April 2012, heading off a potential constitutional crisis when the government failed to notify the public that Mutharika had died. Immediately, Banda began to undo some of the damage done by Mutharika’s foreign policy, which had caused vastly decreased economic aid.

“She’s reestablishing relationships with donor nations to get the economy back in order,” explained Marty. “She devalued the currency, which was not popular in the country but essential for the economy. So far, her leadership has been stellar. And, there is starting to be a lot of optimism.” 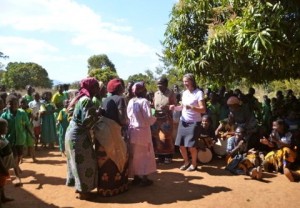 Optimism does not, of course, translate into instant improved conditions for the people of Malawi. But Marty, Todd and Bill were encouraged. “The engagement of people in the health care issues that GAIA is working on is outstanding,” she said. “More people are being tested for HIV, and the stigma of even talking about HIV, much less being HIV positive, has been significantly reduced.”

Much of the focus of Marty’s visit this year was on the Malawian health care system. “We visited the government health clinics, which is where people go if they don’t come to the GAIA mobile health clinics,” she said. “GAIA’s mobile health clinics operate in areas designated by the district health committee, which chooses remote areas where access to the regular government clinics would be too distant for people to go to. But, many government clinics are still too far away. People have to walk 20 to 40 kilometers, which is way too far when you’re sick.”

“Another factor is, given the the dire economic crisis in the country, government health clinics are underfunded and understaffed and have limited ability to care for the villagers who come for treatment. Because of limited resources, they designate certain days for certain kinds of illnesses. The GAIA clinics — four people on the staff at each clinic — are able to handle any type of illness or refer a person to a government hospital for conditions that can’t be treated locally.”

Having found a volunteer pursuit she believes in (see previous post for reasons why) Marty says she will continue her role as GAIA Board Chair for the foreseeable future. “It’s so clear to me the enormous impact the organization is making on the lives of the people for relatively little money,” she said. “Each visit to one of GAIA’s mobile health clinics costs about $2.00. Each of the three clinics sees 100 to 200 people a day, five days a week.”

She added that GAIA is also helping build the country’s medical infrastructure through the provision of nursing scholarships in conjunction with USAID.

There will be a informational meeting about GAIA’s work at an Atherton home on October 2. If you are interested in attending and learning more about GAIA, contact Amy Rankin-Williams: amyrw@thegaia.org; (415) 461-7196.