Photographer’s iPhone puts the world in his pocket, one that’s easily adjusted, tweaked and shared 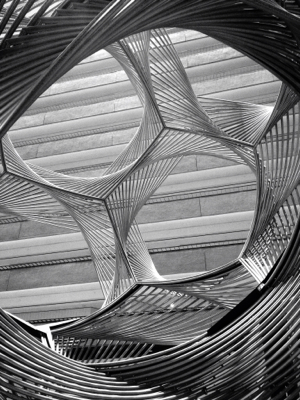 Like many others, my world has been changed by technology significantly over the last few years — mostly for the better.

For me, one of the most useful changes is that I now have a camera with me, essentially all the time. And, it’s a really great camera, capable of taking some very beautiful images — assuming I’m capable of seeing and composing the shot. The camera is the one embedded in my Apple iPhone 4S.

That camera has come in handy when  long-time friend and “photo buddy” and I get together for a few hours of “shooting” once or twice a month, sometimes here in Menlo and other times farther afield. Friday was one of our days “in the field.” We agreed to meet  at the ruins of Sutro Baths adjacent to the Cliff House at Lands End in San Francisco.

Now, these “photo walks” are serious photographic adventures (or so we think!). I usually pack my “big camera” bag — a serious Canon digital “SLR” along with a few lenses. I also hitch up a second camera — a tiny Canon PowerShot S100 — in its case on my belt. I try to justify all this gear as being required to ensure that I can always “get the shot”. With the big camera, I can shoot those wonderful blurry backgrounds with the subject in sharp focus. With the S100, I can shoot wide and capture the whole scene in sharp focus. A perfect combination — a “gear head’s” delight!

So, yesterday, we arrived at Sutro Baths at 8:00 am. The fog was thick, the wind was chilly — it was an ugly grey day. Frankly, not much of a surprise given the time of year, but we were hoping for better. My buddy, Doug Kaye, said “Let’s get out of here — where’s the light?”

We hopped back in our cars and headed for the other side of San Francisco near the Dogpatch neighborhood, hoping for some morning light. But even Dogpatch disappointed — more grey, some patches but nothing that captured our interest. So, we headed for another venue, one we’ve enjoyed a couple of times before, the Embarcadero and Justin Herman Plaza.

We parked and thought about what gear did we really want to take along. We both had everything in our cars — camera bags with big lenses, tripods, monopods, etc. Given the weather, we decided to just “go light”, leaving the big gear in our cars and packing just our casual rigs, the S100 in my case.

We wandered out to the fountain, having fun doing slow shutter shots to blur the water by putting our cameras on the concrete (no tripods) to steady them. Then we wandered into Embarcadero Center and headed for one of the two magical spiral staircases that make for such a great image.

At the staircase, I pulled my iPhone out of my shirt pocket and began taking a few shots with it. The great thing about shooting with the iPhone is that I can play with composition and very easily try new things. I began flipping back and forth — the S100 for a shot or two, then the iPhone.

I enjoy sharing some of my iPhone shots in real time on Instagram, so I took a break to adjust one or two images using the Instagram filters and then immediately uploaded them to share with friends. Here’s an example: 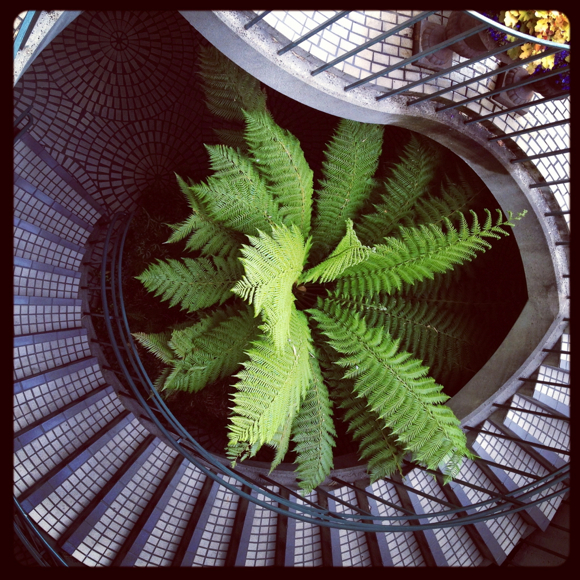 Later, we headed into the Hyatt Regency — an almost surreal environment for me — and got some great shots there.

This morning, I looked at the images taken on my iPhone and did some quick editing of them using a couple of my favorite iOS photography applications. My S100 shots are still waiting for me to process them. Meanwhile, my iPhone shots are circulating among friends and family. A world in my pocket, easily adjusted, tweaked, and shared. Amazing.