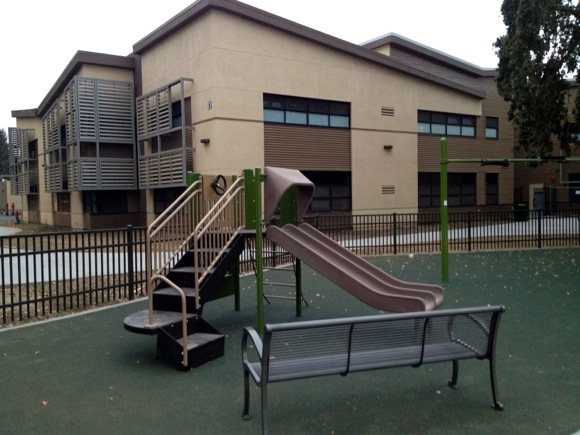 The Menlo Park mini park with equipment especially for tots is getting new life at the eastern edge of Hillview School. Tinker Park was closed two years ago as construction began on Hillview School. We spotted some new equipment in one area, with construction continuing in another corner. At the Hillview opening, it was announced that the new Tinker Park would be ready for kids by the end of September.