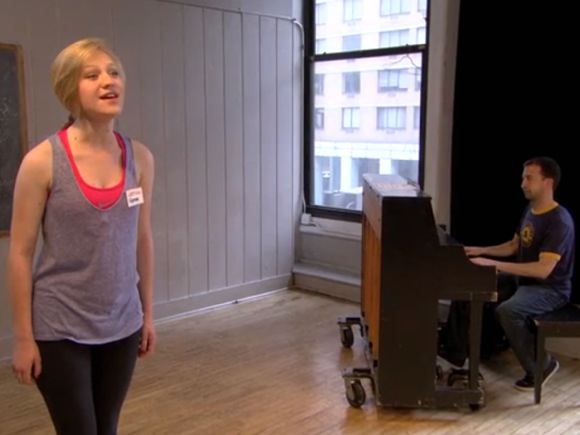 M-A senior Hanna Berggren has been one of the featured performers on the PBS show, Broadway or Bust.

Last summer, Hanna participated in a one-week musical theater intensive in New York City after winning the local Stage Top Honors competition in June for her role as Princess Winnifred in M-A’s Once Upon a Mattress. This was an incredible shock for Ms. Berggren, who says it “was very surreal. It took a really long time to sink in.”

Broadway or Bust follows the 60 participants, including Hanna, of the workshop, who experienced the harsh demands of professional theater. This, however, did not deter  her from her plans on pursuing a theatrical career.

“It was really fun for me because it’s my favorite thing to do,” she says, also noting that “it was very humbling being amongst 59 amazing, talented actors and actresses.”

She admits that it was a “dream come true” to perform on a Broadway stage.

Click here to view episodes one and two. The final episode of Broadway or Bust will screen Sunday, Sept. 23 at 8:00 pm on PBS.