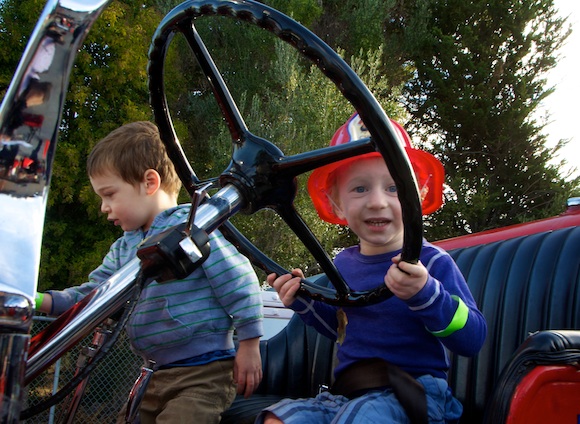 The first Saturday in October brought out families hungry for good eats at the 12th annual pancake breakfast at Fire Station #1 in Menlo Park. Along the way, they also learned about the importance of fire prevention.

The popular event, hosted by the Menlo Park Fire Protection District, the Junior League of Palo Alto/Mid Peninsula, and the Stanford Park Hotel, benefits the Alisa Ann Rich Burn Foundation. In addition to flapjacks prepared by firefighters, kids and their parents could catch pose for photos on “Old Tom” and take part in face painting and other arts and crafts activities. Auctioned off was a dinner for four prepared by fire fighters.

Of particular note, two local favorites are featured. The coffee is from Peet’s and the coffee cake from Hobee’s. 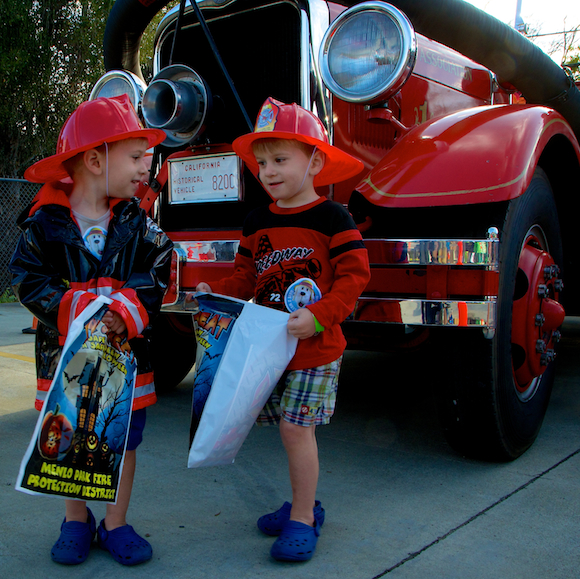 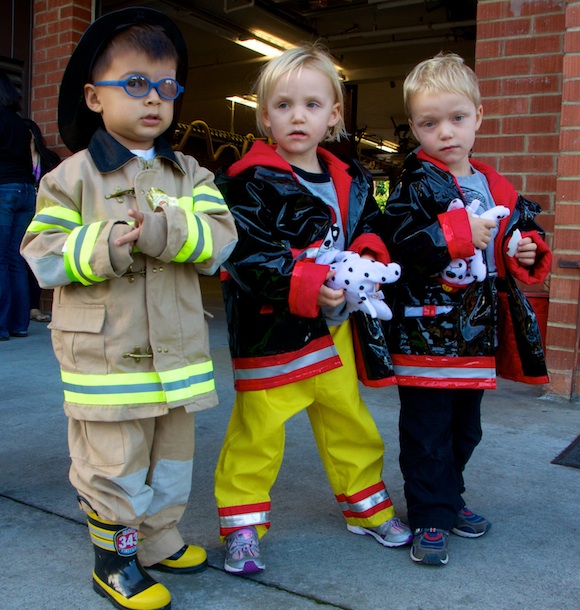