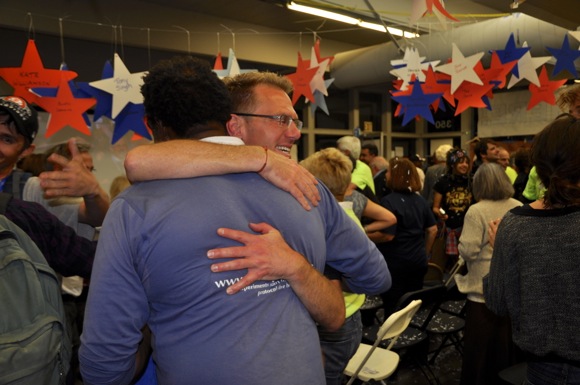 The word came around 8:15 pm, only shortly after the polls had closed in Menlo Park and Atherton. The network TV stations were, one after another, calling the Presidential election: Obama would be given four more years. Jubilation erupted immediately at Democratic headquarters in Menlo Park. 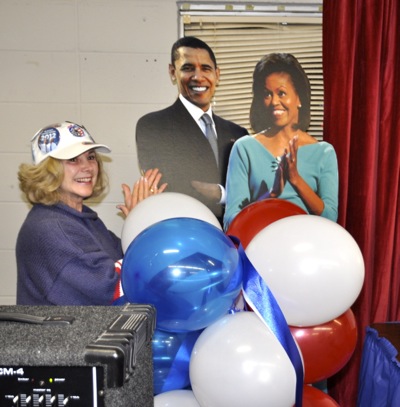 “It’s over.” “We did it.” “Can you believe it?” “Thank goodness it’s over.” Those were just some of the comments made by relieved campaign workers.

None of this dampened the spirits of local supporters.