Santa pays an early visit to JobTrain in Menlo Park 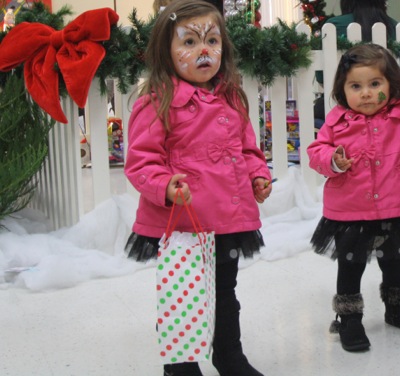 Santa and his helpers paid an early visit to JobTrain in Menlo Park on yesterday (12/19), where he distributed gifts to kids whose unemployed parents are pursuing vocational training and employment assistance. Children’s wish lists were granted by donations from community partners and JobTrain’s Board of Directors.

The JobTrain training facility was transformed into a magical Winter Wonderland with the help of corporate partners TE Connectivity and Hewlett-Packard. Others who 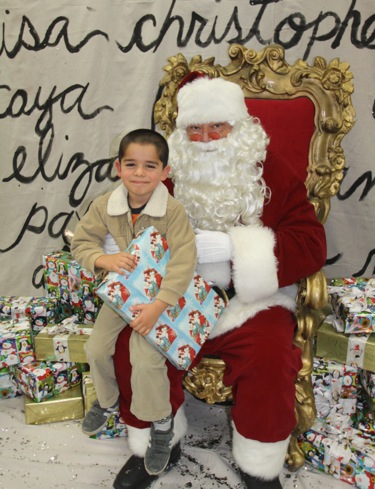 “At the event, Roz Thomas and her colleagues at TE Connectivity donated $5,000 to JobTrain, in addition to the 200+ gifts that they donated,” said Kail Lubarsky, who is JobTrain’s Director of Marketing and PR.

Since 1965, JobTrain has helped more than 160,000 men and women reclaim their lives from welfare, incarceration and unemployment by preparing them for successful careers in high-demand and emerging fields.  In addition to vocational training, JobTrain helps students attain a high school diploma or GED and computer literacy. Students benefit from one-on-one counseling, Lifeskills and employability training and are linked with important services such as housing, transportation and childcare.