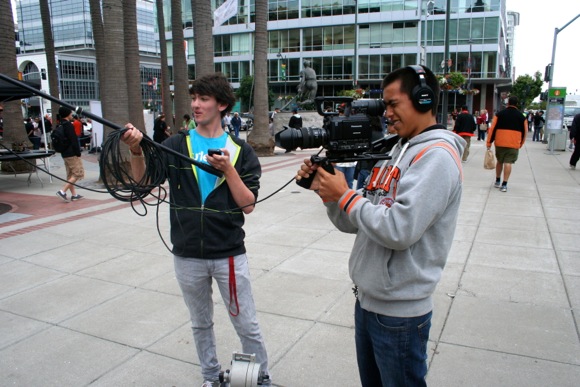 The students, both Woodside residents, worked on the project for their Senior Community Service Pact, combining the water conservation theme and their interest in filmmaking with their service learning project. The classmates also volunteered at a local water nonprofit during which they learned the practical challenges of delivering quality water to residential homes.

Jeremy and Alec attended a youth workshop sponsored by SCFFI that targeted filmmakers, activists and social entrepreneurs who were interested in using film and media to raise awareness and enact change around water issues. Michael Nash, award-winning filmmaker of Climate Refugees, and Charles Hambleton, producer of The Cove, were panel participants. They worked with mentors to interview, film and capture the event in a short video that was produced and shown at the festival conclusion. The video, So Let’s Start Doing  It, can be viewed online.