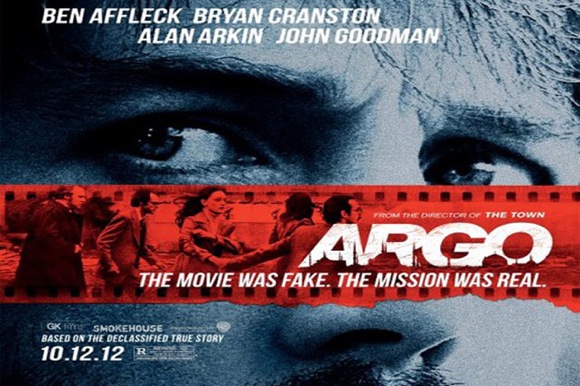 Editor’s note: Menlo-Atherton High school student Will Hanley compiled this list of the best films of 2012. The good news is that over half are still available for viewing in local movie theaters (marked with an asterisk *). The others can all be purchased for TV viewing. (We saw well-worth-it Looper last night.)

*10. Wreck-it Ralph (Best Animated Movie of the Year)  I told myself there needs to be at least one animated movie on this list, and with a plethora of animated movies that came out this year, it was tough to decide which was the best. There was a hotel of monsters, a kid who could see ghosts, a Scottish ginger, a Dr. Seuss remake, yet another Ice Age movie, and of course, Frankenweenie.

But Wreck-it Ralph takes the cake. Walt Disney Animation Studios, succeeded in creating a colorful and hilarious universe that definitely touches the heart of the gamer in all of us. All of the actors who lent their voice to this project flawlessly matched their characters.  Animated movies are all about creative and original concepts and nothing fits the bill like this movie.

9. 21 Jump Street (Best Comedy of the Year)  Jonah Hill is the funniest man alive. Channing Tatum, master of romance, proves himself to be a comedian in this movie (but rarely steals the show). In 21 Jump Street, two police officers go undercover as high school students in order to exploit the production of a dangerous drug that is new to the market.

Hill’s writing is spectacular, and he cracks jokes at the perfect moments. This enjoyable edgy action-mixed-with-humor theme is prevalent throughout the movie.

*8. The Hobbit  After his highly acclaimed Lord of the Rings trilogy, Peter Jackson did it again with The Hobbit. Although it does slightly stray from the book (which may anger hardcore fans), The Hobbit is an accessible, entertaining, and fantastical world that envelopes the viewer from beginning to end. As in the previous movies, Ian McKellen is an amazing Gandalf, who contrasts the rest of the characters wonderfully. 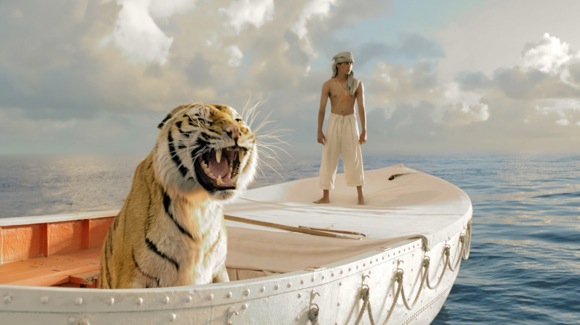 *7. Life of Pi  Life of Pi is a beautiful tale of not only friendship, but of survival. In this film, an Indian immigrant finds himself trapped on a lifeboat with a Bengal tiger (pictured above). The context would give away much of the plot, but it can be said that the director and writers do a lot for a movie that is mainly set in a 10’ by 20’ boat. Several scenes do touch the viewer emotionally, but the main focus is the visual imagery used in the film. Life of Pi successfully transports the viewer into the magical and exotic world.

6. The Avengers  One word: Epic. It was obvious that Marvel Studios was planning this movie from the beginning after the production of Captain America, Thor, Iron Man, and The Incredible Hulk, all of which were aired no more than six months apart from each other. However, the perfect blend of characters was rather unexpected. Robert Downey Jr. is an actor to be remembered in this film through his tense dynamic with the rest of the misfits. His humorous impulse to criticize anything and everything that moves only adds to the flavor of the overall mixture of characters.

However, the true effectiveness of all the characters doesn’t really show itself until the very end of the movie where there are both external and internal conflicts with the characters and the film sees each react in different ways. The Avengers is a comical, action-packed, extremely intense film.

*5. Lincoln  This movie will not appeal to those who don’t appreciate history, at least somewhat. But Lincoln proves that non-fiction can be just as entertaining and gratifying as any fictitious movie out there. Daniel Day Lewis does a superb job of portraying one of the biggest icons in American history. This movie delves into the heart of that tall man with a large hat, and creates a sense of empathy, appreciation, and accessibility for those who haven’t chosen history as their school subject of choice. 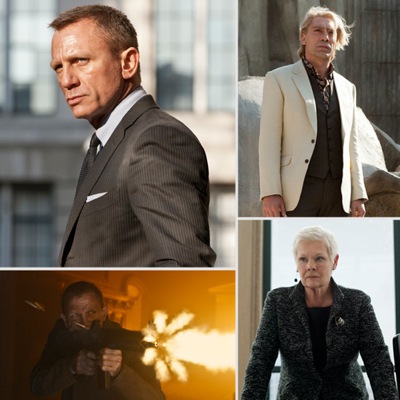 *4. Skyfall  Action-packed, clean cut, and English, James Bond is at it again in Skyfall. This is my favorite movie in the Bond series by far, with stunning use of visuals and shadows, as well as charming front man Daniel Craig. There is nothing that suits Daniel Craig better than his portrayal of James Bond, and he really shines in Skyfall, even more so than its immediate predecessors. Apart from that, the plot line is fresh and, for the most part, easy to follow. The supporting roles have multiple layers, and the action is jaw droppingly awesome! Skyfall adds to the James Bond series, and keeps 007 as one of the most internationally recognized characters of all time.

3. Dark Knight Rises (Best Action Movie of the Year)  Heath Ledger has passed, which is a terrible tragedy, but the third and final installment of Nolan’s Batman movies definitely fills the shoes of its critically-acclaimed predecessor. Eight years later, Batman finds himself no longer needed in Gotham City, as crime has almost been completely eliminated. Of course, Batman is quickly called upon, and once again must fight off the forces of evil, but this time on a much larger scale.

Tom Hardy plays a horrifically evil Bane ,and Christian Bale, as always, plays a perfect Batman. The physical and emotional clashes of these two characters creates the definite backbone for the plot as well as the overall theme: mind over matter. Christopher Nolan, writer and director of the series, has definitely ended his trilogy with a bang.

2. Looper  Over the past few years, many of the science fiction movies that have made it to theaters have been absolute garbage. Thankfully, Looper raises the bar for the genre for years to come. In this film, a hit man of the near future is assigned to kill a time-traveling target — himself. This unique spin on time travel movies is a wonderful breath of fresh air. With it’s noir story-telling, Tarantino-esque humor, and over-the-top violence, it is a must see for all sci-fi lovers. Joseph Gordon-Levitt and Bruce Willis provide a fresh dynamic that hasn’t been seen since, well, Bane and Batman.

*1.  Argo (Best True Story of the Year)  Why does this movie get number one? Because it not only fulfills every single critical category, but it exceeds them. From visuals to writing, this movie is at 110% the whole way through. Based on a true story, Argo, written by and starring Ben Affleck (pictured top), follows the U.S. Government’s plan to get six refugees from the Iran hostage crisis out from hiding in the Canadian ambassadors home. They’re plan? Pretend they’re a film crew shooting a movie and fly them to safety.

Amazingly detailed, wonderfully portrayed, and easily broken down for in-depth analysis, this movie creates a diabolical universe that hits very close to home. The vivid cinematography is breathtaking and the writing is eloquently paced with multiple instances of humor, action, and complete horror. Many cameo and supporting roles, such as Bryan Cranston, should be noted for their amazingly believable interpretations of real life individuals that devoted their lives for this mission. Argo is the best movie of 2012, and definitely one of the top 50 greatest movies of all time.

Editor’s questions: What other films are in your top ten list? What do you think was the best movie of the year?