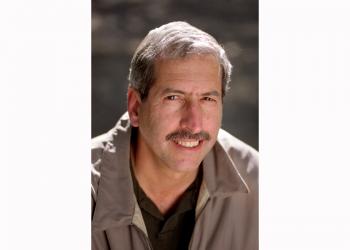 On Monday, Feb. 4, Stanford geophysics Professor Mark Zoback will speak at a SLAC Colloquium on earthquake and environmental risks associated with shale gas development and carbon sequestration. His talk begins at 4:15 pm in Panofsky Auditorium, with refreshments served beforehand at 3:45 p.m.

Zoback, the Benjamin M. Page Professor in Earth Sciences at Stanford, will compare and contrast the management of environmental and earthquake risks associated with shale gas development and large-scale carbon capture and storage. His talk will address the current controversy surrounding environmental problems said to be associated with hydraulic fracturing – often called “fracking.”

At the same time, concerns have been raised about earthquakes triggered by wastewater injection associated with shale gas development. In 2011 alone, there were widely felt earthquakes in Ohio, Colorado, Arkansas, Texas and Oklahoma that caused damage to homes and structures. These occurrences, Zoback says, indicate the need for proactive data collection, real-time monitoring and scientifically based regulation that is effective and appropriate for the hazards involved.

Zoback conducts research on in situ stress, fault mechanics and reservoir geomechanics with an emphasis on shale gas, tight gas and tight oil production. He is the author/co-author of 300 technical papers and recently served on the National Academy of Engineering committee investigating the Deepwater Horizon accident, as well as the Secretary of Energy’s committee on shale gas development and environmental protection.

The SLAC Colloquium talks are open to the public and intended for a general audience.