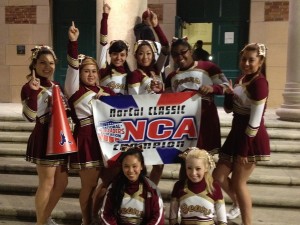 Junior and third-year cheerleader Liviera Leebong attributes the win to the “really dedicated people” on the squad. Although the M-A cheerleading squad did not qualify for national competitions earlier this year, Leebong hopes that this win will help motivate the squad next year to reach their goal of competing on a national level.