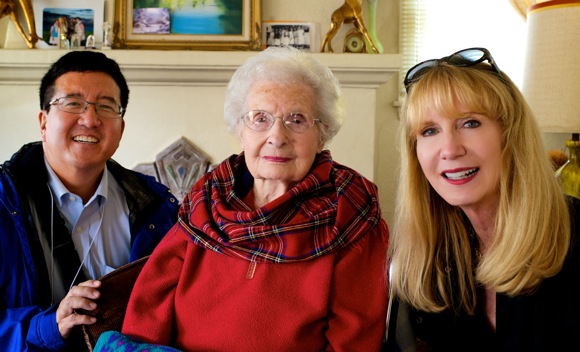 Peninsula Volunteers, Inc. (PVI) Meals on Wheels program, which is celebrating 35 years of home-delivered meals to south San Mateo County, held “Mayors For Meals Day” as their part in the nation-wide “March For Meals” campaign yesterday (3/20).

“We are excited to have the mayors whose cities we serve get hands-on experience with this most vital human service,  said Bart Charlow, Peninsula Volunteers Executive Director. “There is no need more basic than food, and about 12,000 seniors in San Mateo County alone – our most vulnerable population – face the threat of hunger. PVI delivers 130,000 meals to seniors every year, half of them directly to homes through Meals on Wheels. Without these hot meals and daily safety checks these seniors are truly alone and at great risk.”

March For Meals is a national campaign to raise awareness of senior hunger and encourage local community action.  Senior nutrition programs across the U.S. promote March For Meals in their communities through public events, partnerships with local businesses, volunteer recruitment and fundraising initiatives. In 2012, over 1,500 mayors across the United States participated in delivering meals to seniors in their communities.

For 65 years, Menlo Park-based Peninsula Volunteers, Inc. has created and provided high quality programs for the aging on the Peninsula, each year providing over $5 million in services, including over 130,000 hot meals to seniors and the homebound.