In Menlo Park, the Easter Bunny arrives on a fire truck – none other than Old Tom 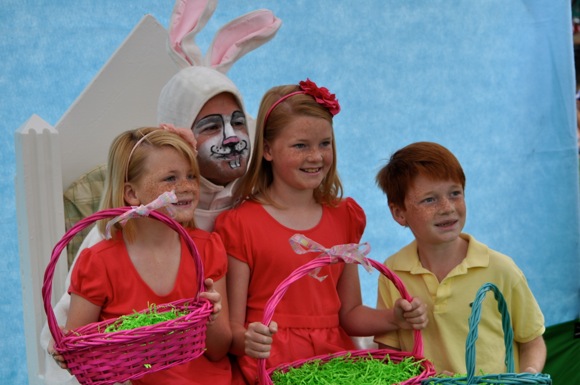 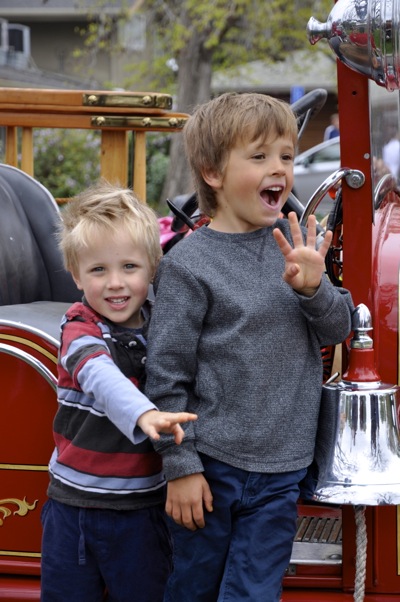 Gloomy skies and threatened rain didn’t deter young kids and their parents from gathering at Burgess Park this morning for the City of Menlo Park’s annual Easter Egg hunt, which is co-sponsored by the Menlo Park Fire Protection District.

That means that as popular as visits with the Bunny — the Tinsley kids, who know something about candy given that their mom Suzi owns Sugar Shack downtown, were first in line today — are the rides and up close looks at Old Tom, the Fire District’s antique truck.

The Easter Bunny himself arrived on Old Tom. We’re guessing not many other small cities can boast a fire engine-riding bunny. 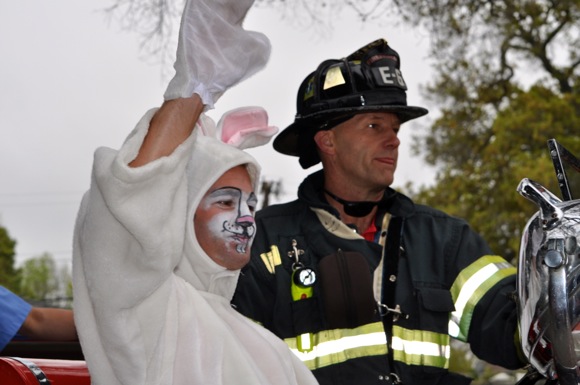 Photo of boys on engine by Dennis Nugent; other photos by Linda Hubbard