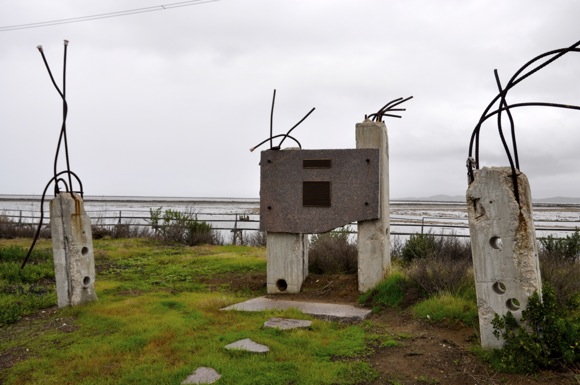 Today marks the 18th anniversary of the terrorist bomb attack on the Alfred P. Murrah Building in downtown Oklahoma City, which claimed 168 lives and injured more than 680 people. The anniversary follows five days after the bombing that took place during the running of the Boston Marathon on Monday.

Menlo Park has distinct ties to the Oklahoma City attack. Menlo Park-based California Task Force 3, one of 18 national Urban Search and Rescue Teams, responded to the event with 64 personnel and 60,000 pounds of equipment. 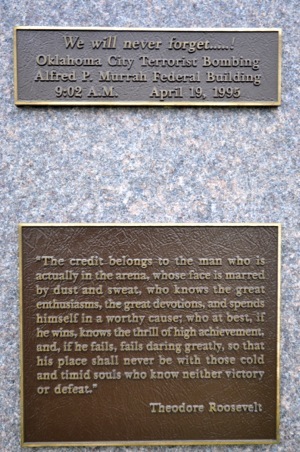 Reflected Menlo Park Fire Protection District Chief Harold Schapelhouman, who was a Captain when he participated as part of the response team: “We arrived on the evening of the fourth day, and left 10 days later changed by what we saw and did. We dug out the bodies, saw the anguish on the faces of the families, felt the pain, and looked deep inside ourselves for answers that would never come. We were a rescue team that rescued no one, but perhaps lifted the spirit of a nation wounded by this unthinkable act.”

While little known to or seen by the public, Task Force 3 erected the one California memorial to this event at its training site near the Dumbarton Bridge in Menlo Park. The memorial is made with materials from the Murrah Building. Of its significance, Chief  Schapelhouman said in 2001: “It was constructed so that a new generation of rescuers could reflect on the importance of their training, readiness and willingness to serve in the most extreme situations. The memorial also reminds those who responded of a common theme during, and after the event. ‘We will never forget.'”

With the events at the Marathon on Patriots Day and the subsequent killing by Boston police of one suspect and a manhunt underway to apprehend the other, we continue to remember the victims of all terrorists attacks all over the world.