Actor James Franco appears at Kepler’s on May 13 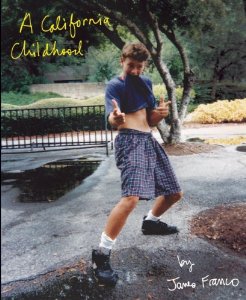 Academy Award Nominated Actor James Franco will be appearing at Kepler’s in conversation with his mother,  author and actress Betsy Franco, discussing his new book A California Childhood at 7:00 pm on May 13. In the book, Franco plays with the concept of memoir through personal snapshots, sketches, paintings, poems, and stories.

Franco was born at Stanford Hospital and spent the first 18 years of his life in Palo Alto. He is an actor, director, author, and visual artist. His film appearances include Milk, Pineapple Express, Howl, and 127 Hours, which earned him an Academy Award nomination.

He is the author of the collection Palo Alto, and his writing has been published in Esquire, Vanity Fair, N+1, The Wall Street Journal, and McSweeney’s. Franco’s art has been exhibited throughout the world including at the Museum of Contemporary Art in Los Angeles, the Museum of Contemporary Art’s PS1 in New York, the Clocktower Gallery in New York, and the Peres Projects in Berlin.