With author hat on, James Franco comes to Menlo Park to talk about his California childhood

James Franco has been described as a “polygamist of inventiveness” a label given to him by one reviewer of Franco’s latest book,  A California Childhood, which he came to Kepler’s in Menlo Park last night to promote in conversation with his mother, Betsy, an author of children’s books who has made numerous appearances at the bookstore herself.

Franco the actor is well known for throwing himself into each of his film roles as well as near-fanatical educational pursuits. He’s also a visual artist and film director. Reading his Wikipedia bio brings one close to exhaustion. So, the surprise is how relatively laid back he is in person, albeit a seasoned interviewee. “I give long answers so I don’t have to answer as many questions,” he explained to his mother — and the sell-out audience. 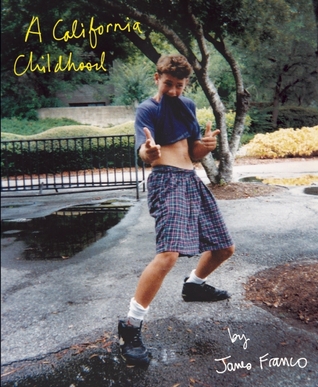 Speaking with Franco “backstage” before his only Bay Area appearance, we asked when he first wandered into Menlo Park’s iconic book store, given that he’d grownup in Palo Alto. “I’d come to Kepler’s to buy books when I was in high school,” he said. “I loved buying books and bought more books than I could ever read in a lifetime.

“I think I bought Kierkegaard’s The Seducer’s Diary here. Maybe I was older than high school. I remember the forward was by John Updike.

“When I come home now, Kepler’s and Cafe Borrone are always a definite stop.” (Add the Dutch Goose in Menlo Park to the list, at least if the t-shirt he was wearing is any indication of  hangouts.)

We were curious about how growing up on the mid-Peninsula during the 80s had informed — or not — his portrayal of less than good guys in films such as the role of Alien in Spring Breakers, especially in light that he’s admitted to almost being sent to juvenile hall as a teen. “I got into trouble, but I was still in Palo Alto,” he said. “Alien is a drug dealer with a collection of machine guns. As an actor, I effuse my own emotions into a character, but they’re also filtered through the exterior of the character’s desires and emotions. They are things I can identify with, but from the outside.” 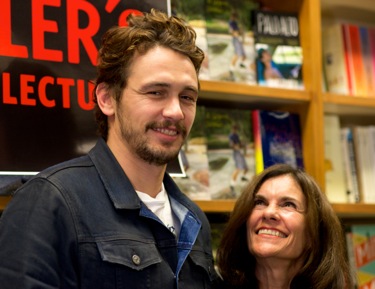 Franco’s mom Betsy was curious how her son had put the structure of the book together, which is a “concept memoir” of personal snapshots, sketches, paintings, poems and stories. “I see it as a kaleidoscope of work with a single light source shining through it,” her son replied. “There’s a mix of fiction and non-fiction, but all the stories were inspired from the same time period.”

Franco also talked about the influence of growing up in a household where his mother was a writer. “I remember you’d run ideas by me and Tom, even before Davey was around,” he said referring to his two brothers. “I’m sure this had a huge influence on me.” 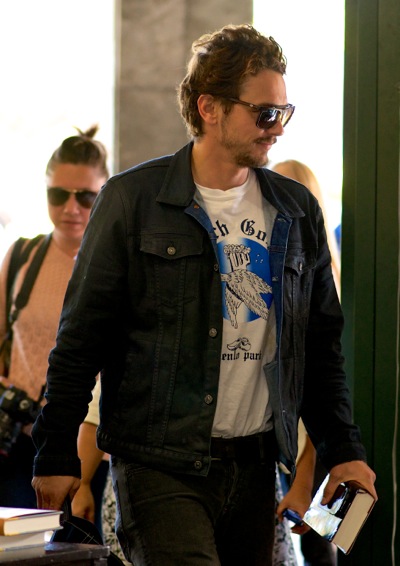 Recalling driving her boys to high school with Nirvana blaring on the radio, Betsy asked her son if the 80s, without the distractions of the Internet and cell phones, allowed teenagers to use their imagination more?  “I don’t see advances in technology as categorically bad for the imagination,” her son replied. “There are always positives and negatives to technological advances. Now people have the tools to make films in their backyard while people used to go to film school just to get their hand on a camera.”

Did James have any advice for budding artists?, author Betsy asked her author son. “Teachers have been very valuable to me,” he replied. “If someone continues to inspire you, that’s a good thing.

“As far as succeeding, it’s a weird world, one that’s not always fair. If you really want to be an artist [of any kind], do it, but take responsibility. If you want to be an artist, support yourself by finding a job that doesn’t interfere with doing your art. How it is received is out of your hands.”