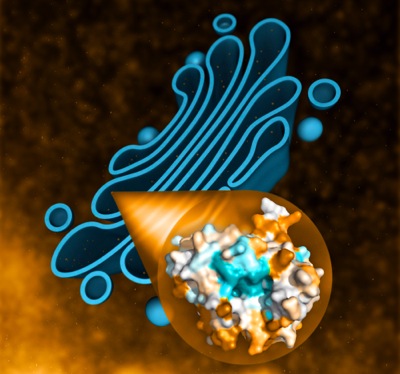 Scientists from the Joint Center for Structural Genomics (JCSG) at SLAC National Accelerator Laboratory in Menlo Park have determined the 3-D structure of the chemically active part of an enzyme involved in stuttering.

While the discovery is not likely to lead to a cure for stuttering any time soon, it is welcome news to scientists who have been studying this enzyme, known as “uncovering enzyme” or UCE, for decades. Not only does UCE play a role in the type of persistent stuttering that is passed down in families, but it’s also an important part of the system that breaks down and recycles unwanted molecules in our cells. Knowing its 3-D structure will aid studies of all these systems, and of the health problems that result when they malfunction.

A team led by SLAC’s Debanu Das reported the finding April 9 in the Journal of Biological Chemistry. Das is a structural biologist and protein crystallographer at SSRL, the Stanford Synchrotron Radiation Lightsource, and a member of the JCSG, a multi-institute consortium that rapidly screens proteins coming out of gene mapping projects to determine their structure and function. The JCSG is part of the Protein Structure Initiative funded by the National Institute of General Medical Sciences, and involves 10 scientists at SSRL.

“We go after interesting proteins for which nothing much is known, try to solve their structure and, based on that structure, try to understand what they’re doing in the cell and what they’re related to,” Das said.