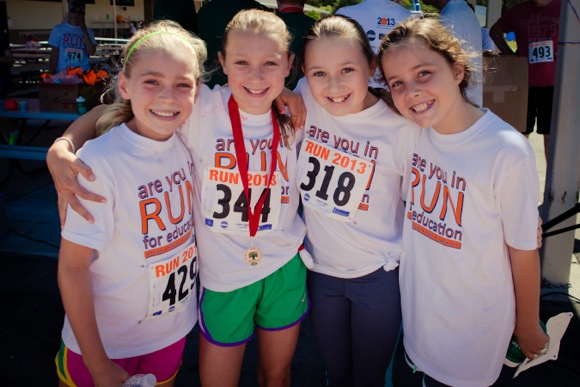 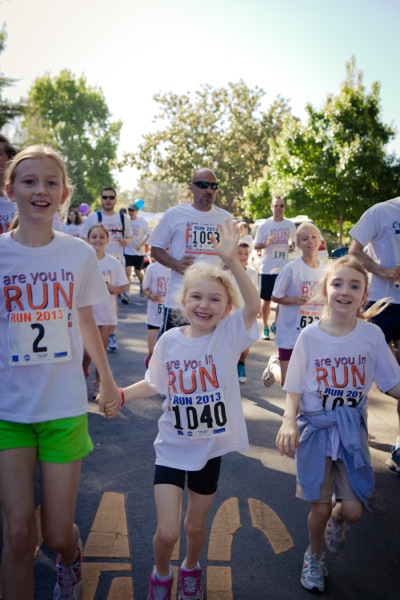 The traditional first-Sunday-of-June, Oak Knoll School Otter Run morphed into a four-school event this year, with about 1,400 parents, kids and community members taking part in the Are You In RUN For Education to benefit the Menlo Park City School District and the Menlo Park Atherton Education Foundation. That’s about double the participant size of prior years. In addition, there were 110 volunteers who helped with the event.

The first ever district-wide event featured a 1.5K walk/fun run and a competitive, chip-timed 5K  yesterday morning (6/2/13) that followed the same route as past years, starting from and finishing at Oak Knoll. The route featured the mascots from all four schools along the course, including Encinal, Laurel and Hillview, to cheer the participants on.

The overall winner of the 5K race was Richard Morrissey (pictured below), age 52, of Menlo Park in a time of 17 minutes, 27 seconds. Richard has children at both Oak Knoll and Hillview. The first female to cross the finish line was Annika Roise, age 16, in a time of 20 minutes, 43 seconds. 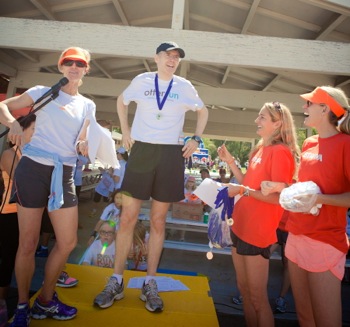 The run generated an estimated $65,000 in funds from sponsorships and registrants, which will go to fund various needs at MPCSD schools.