Menlo Park kicks off the summer with block party 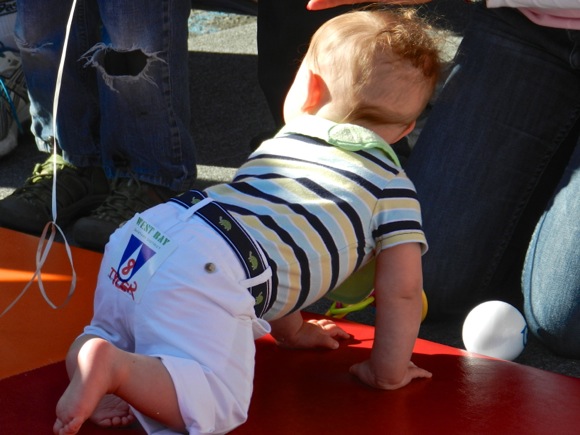 Anyone wandering down Santa Cruz Avenue in Menlo Park last night might think that the city was attempting to lay claim to fame as the baby/toddler capital of the world. 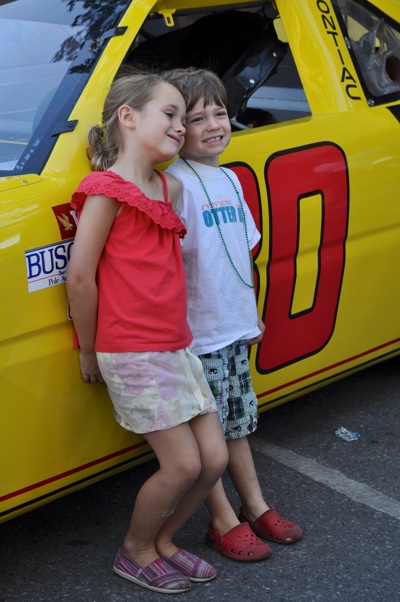 Youngsters who had yet to learn walk could be spotted crawling on the street. It was all part of an event  called the Diaper Derby, in which one parent launched the baby, with the other serving as the receiver at “race” end.

The very family friendly event is the chance for kids to run wild in the streets in a controlled way. There were three bands playing live along SCA as well as a another band kicking off the Fremont Park summer series. Many of the restaurants had extended their tables to the street so there were plenty of dining options

Kids danced in the street and mugged for the camera. And a good time was had by all. 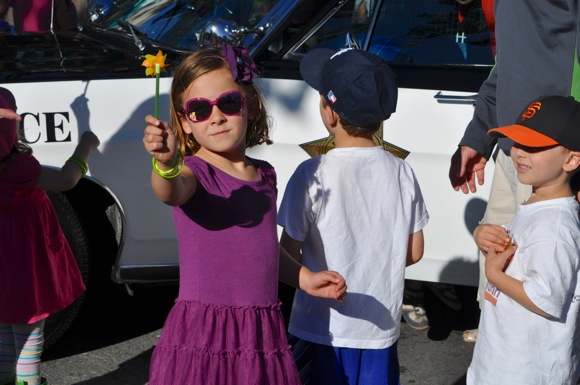 Photo of Diaper Derby participant by Dennis Nugent; others by Linda Hubbard