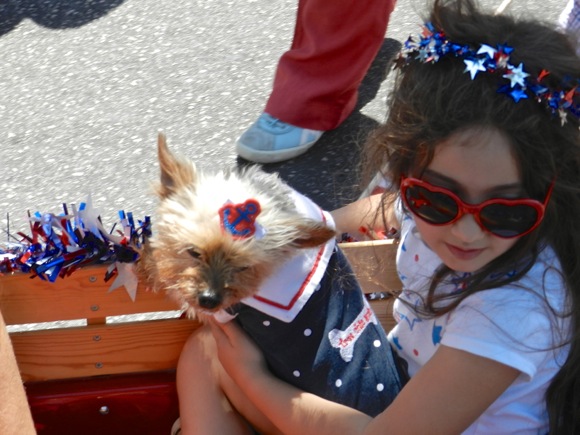 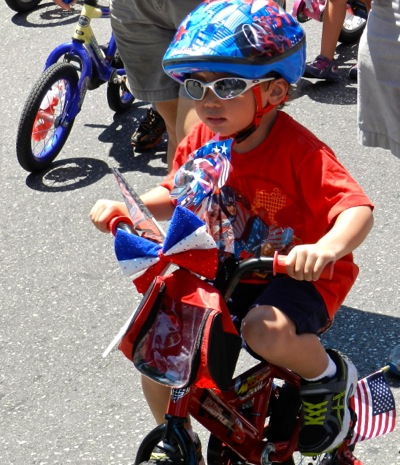 They swarmed out from Chestnut Street onto Santa Cruz Avenue pedaling tricycles and bicycles and being pulled in wagons in what looked more like a pint-sized version of the Bay to Breakers — given its six or so abreast configuration — than an actual parade. But the annual march through downtown Menlo Park in route to more activities awaiting at Burgess Park remains a perennial favorite with younger locals and their parents. The spirit of red, white and blue prevailed with nary another color spotted! 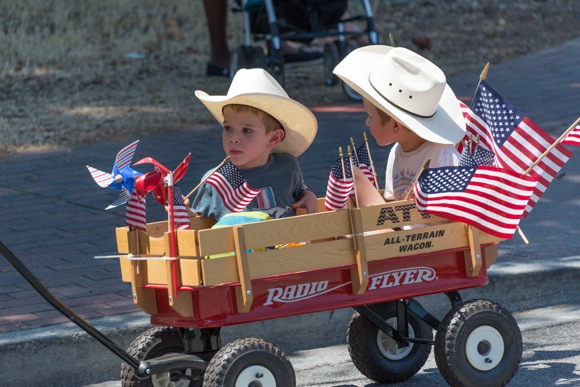